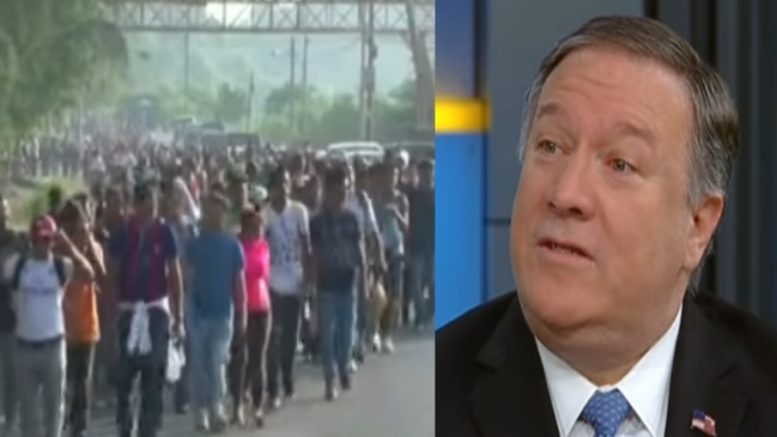 Secretary of State Mike Pompeo appeared on Fox & Friends to discuss the current state of the border, among other issues currently being handled by the Trump administration.

Pompeo’s appearance on the program came right after President Trump announced his decision to give Mexico a one-year warning to get a handle on drugs pouring in to America. And if they don’t, the President said he will authorize tariffs on Mexican products. He said he will ultimately close the border as a final solution, if the problem continues to spin out of control.

Pompeo agreed that the President has decided to give Mexico “a little breathing room” compared to his initial, much tougher stance. However, the Secretary of State added, “Congress shouldn’t be given any breathing room. We’ve got to change these laws. This is a real crisis at the border.”

According to Pompeo, the drug crisis at the border, including fentanyl, opioids and other substances is a “serious issue” and he claimed, “President Trump is using every tool in his tool kit to try to stop this.”

When asked if Mexico is currently taking any action to prohibit migrants from crossing the border, Pompeo said they plan on doing it, but “we need to see action.”

Not only is it Mexico that Pompeo thinks needs to get a handle on the immigration problem, but also countries like El Salvador, Honduras and Guatemala.

Related Article: AG William Barr Indicates Why Trump Is Right On Declaring A National Emergency: ‘The Crisis At Our Southern Border Is Real’

In regards to getting a handle on things, Pompeo said, “We’re happy to help them if they need technical assistance to do that, but is going to be their decision. And they have to do it, and if not, the President’s going to ensure we protect our nation.” Video Below