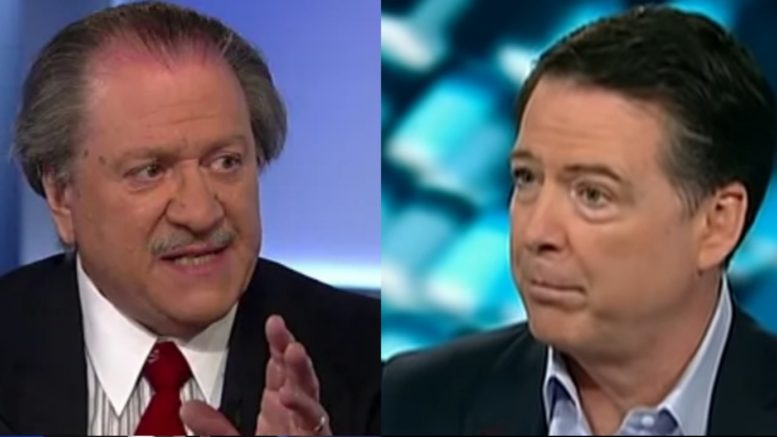 While appearing on Fox News Wednesday evening, Joe diGenova discussed the status of pending investigations and reports targeting apparent FISA abuse that occurred before and after the 2016 election.

DiGenova kicked it off by discussing illegal spying involving four contractors of the FBI that began nearly four years before the 2016 election.

He said, “The FISA court has already communicated with the Justice Department about its findings. And their findings are that for more than four years before the election of Donald Trump, there was a spying operation that was going on between FBI contractors…four of them
..to steal personal information, electronic information about Americans and use it against the Republican Party.”

He then brought to light the Horowitz report that is due out soon, along with another report, which is about James Comey alone that many have forgotten about. That report is due out within two weeks. Video Below

In regards to the Comey report, diGenova said, “That report is going to be a bombshell. It’s going to open up the investigation on a very high note and there will be criminal referrals in it.”

He then went on to say FISA court abuse is at the center of what is being looked at in terms of abuse of power.

DiGenova declared, “The chief judge of that court has already ruled that the FBI broke the law. And that the head of the Justice Department — Sally Yates, John Carlin, the Assistant Attorney General for the National Security– all knew about it and lied to the court, the FISA court about it.” Video Below