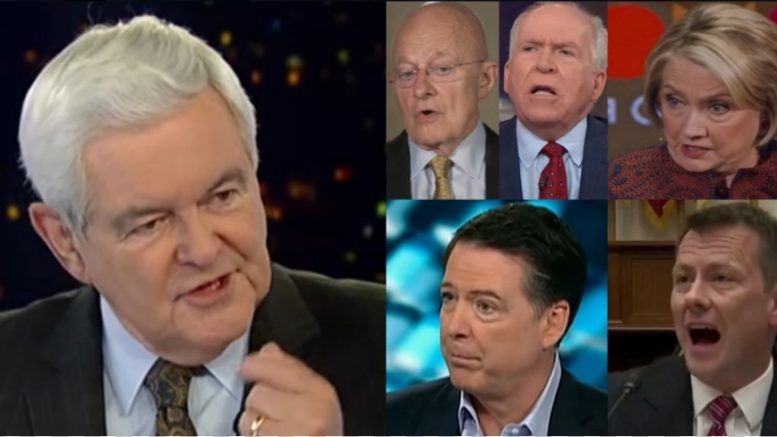 On Monday, Newt Gingrich sat down with Sean Hannity to discuss the suspected coup attempt on President Trump.

Hannity began by bringing up the Hillary bought and paid for Steele Dossier, which was never verified but used to ultimately spy on the Trump campaign.

In regards to why the dossier was never verified, Newt sarcastically said, “If you knew Trump was bad, why would you verify it? Cause it fit all of your previous beliefs.”

He went further to say Trump was right that it was a “coup d’etat.” Newt said, “This was an effort by a group of people to undermine the choice by the American people because they had arrogated to themselves that they were morally superior. And they had the right to deny us the constitutional system.”

Newt challenged both the President and Attorney General William Barr to “calmly and methodically” get everything related to the attempted coup out into the open, so the American people can see just how “sick the system had gotten.” Video Below

He then brought up a new poll that states 53% of the public thinks that corruption is a major problem.

Finally, when asked how this could happen in America, Newt declared, “The system had grown steadily and steadily more corrupt.” He said this will hurt Joe Biden’s 2020 candidacy the most as he was likely an integral part of the corrupt system. Video Below