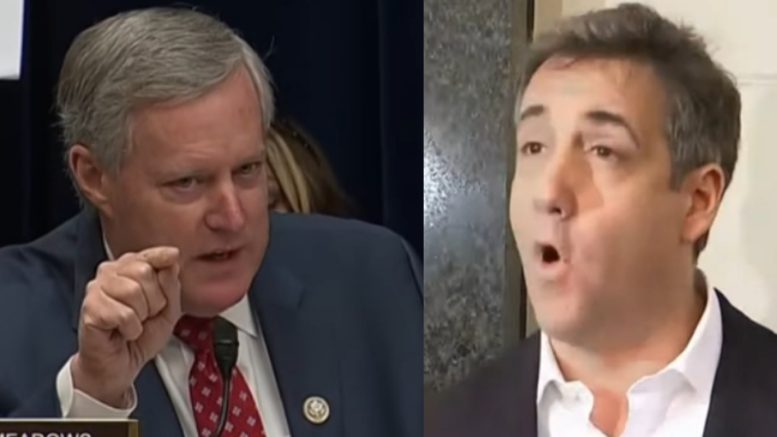 On Monday, Michael Cohen held a press conference before reporting to federal prison to serve a three-year sentence.

Cohen seized the moment to insinuate that he has much more to tell in regards to President Trump without specifically saying the president’s name.

He also made it a point to throw insults that, without a doubt, were directed at Trump.

Cohen said, “I hope that when I rejoin my family and friends that the country will be in a place without xenophobia, injustice and lies at the helm of our country.”

He added, “There still remains much to be told, and I look forward to the day where I can share the truth.”

Meadows retweeted a video of Cohen that was posted by The Washington Examiner and captioned it accordingly.

Related Article: Cohen Offers Dems More Info On Trump In Exchange For No Jail, Meadows & Jordan Fire Back: ‘He’ll Say Or Do Anything’

Meadows said, “Guy who lied to Congress, then came back to Congress under oath and lied again, wants you to know he has more to say.” Video Below

“Guy who lied to Congress, then came back to Congress under oath and lied again, wants you to know he has more to say” https://t.co/wGWLVmQ31V