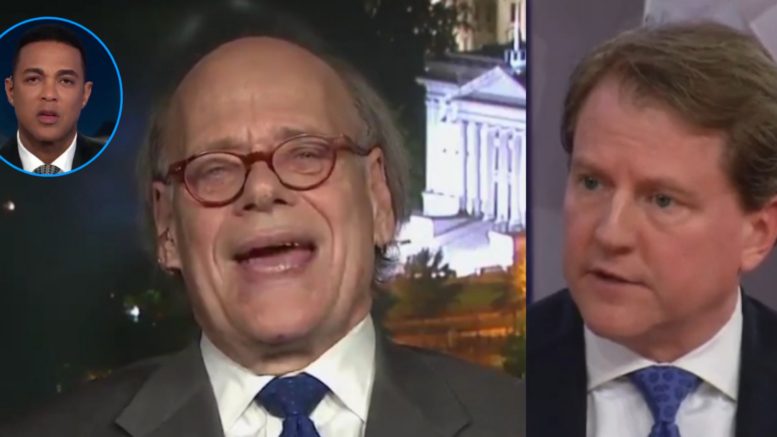 Democrat Congressman Steve Cohen was not happy about the White House giving Don McGahn immunity from testifying in front of the House Judiciary Committee.

McGahn was initially subpoenaed for public testimony on Tuesday before the White House stepped in and said McGahn is “immune,” which was later confirmed by the Department of Justice.

In reaction to the news, Rep. Cohen, who is a member of the House Judiciary Committee, voiced his frustration with the White House while joining Don Lemon of CNN.

When asked by Lemon what he’s going to do about the White House’s decision with McGahn, Cohen said, “I say you throw the book at them.”

“And I also think you probably need to start impeachment inquiries,” Cohen continued. He said the idea of impeachment already has “a lot of support” among House Judiciary Committee members.

Cohen then claimed President Trump has “already violated so many sections of our Constitution.” He also said Trump is “disdainful” of the public and rule of law, and he accused the President of being involved in a “serious coverup.”

Related Article: Rep. Collins RIPS House Judiciary Dems After McGahn Doesn’t Show Up To Testify: ‘I’m Glad To See That We Don’t Have A Chicken On The Dais’

And before trashing Attorney General William Barr, Cohen went on to say, “If the Senate doesn’t convict him (Trump), so be it. The Senate members will have to live with the history and the mark it will put on them.” Video Below