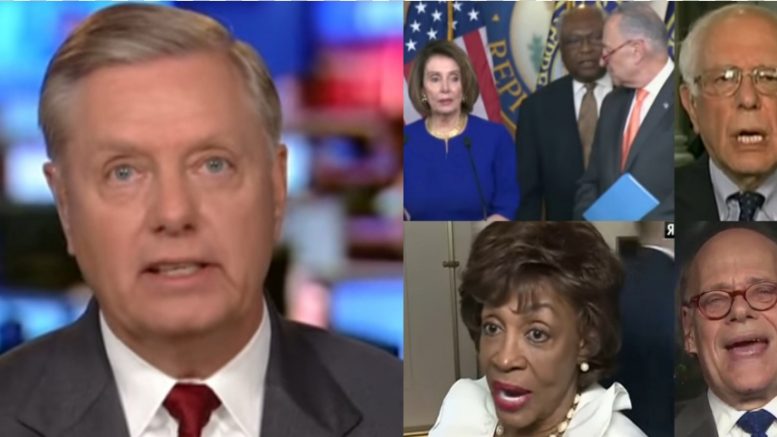 Senator Lindsey Graham joined Hannity to discuss Democrats flirting with the idea of impeaching President Trump and what he expects to happen as a result.

Graham began by stating that Democrats are now stuck in a position where they have to run on the concept of wanting Trump to be impeached in order to succeed in their party.

As a result, Graham claimed, “The public is gonna kick the Democrats out of power and they’re gonna re-elect the President if he stays focused on doing the job for the American people.”

Graham said, “After two years of a political rectal exam, nobody’s been looked at more than Trump. They found nothing.”

“The answer for the Democrats is ‘Trump’s gotta go.’ They will not beat him at the ballot box,” Graham continued. “If they try to impeach him, they’re gonna ensure his re-election.”

Graham declared what the Democrats are doing is really just “political revenge.” He concluded, “It’s gonna blow up in their face and I can’t wait for 2020.” Video Below