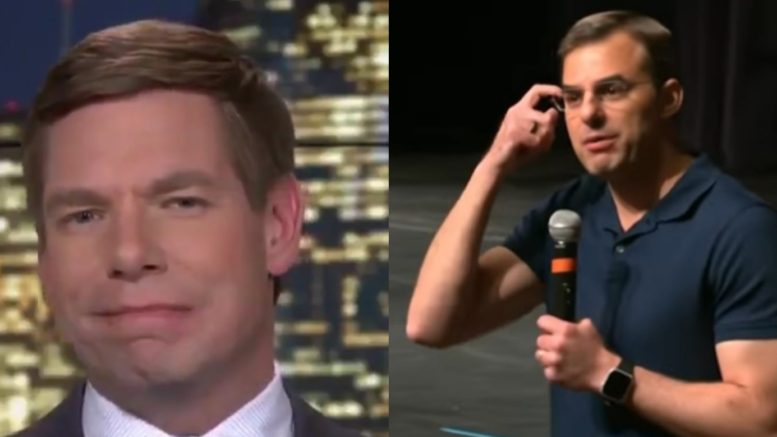 Democrat Rep. Eric Swalwell gave some rare praise to a “Republican” colleague in a recent interview with CNN’s Don Lemon.

Swalwell said he greatly “admires” Justin Amash, who has faced strong backlash from the Republican Party after calling on President Trump to be impeached.

After voicing his favoribility towards Amash, Swalwell wondered why there aren’t more Republicans like him.

Swalwell asked, “Why is [Justin Amash] alone? Why aren’t there other Republicans who are saying this is lawless? It doesn’t matter who you are or what party you’re in.”

Swalwell claims, “They’re afraid if they speak out, they’re going to get primaried. Which is crazy because you would think a member of Congress could get other jobs. And they’d be otherwise employable.”

Related Article: Schiff Claims GOP Has An ‘Epidemic Of Cowardice’, Gowdy Fires Back: ‘I Don’t Know A Single Repub That Gives A Damn What Adam Thinks’

“But that’s the mindset I see,” Swalwell declared. “They know it’s wrong, but they’re just worried about their own damn jobs.” Video Below

I admire Justin Amash greatly. But why is he alone?! Republicans are not putting party over country, they're putting their jobs over country. pic.twitter.com/JT3TuGWZPd