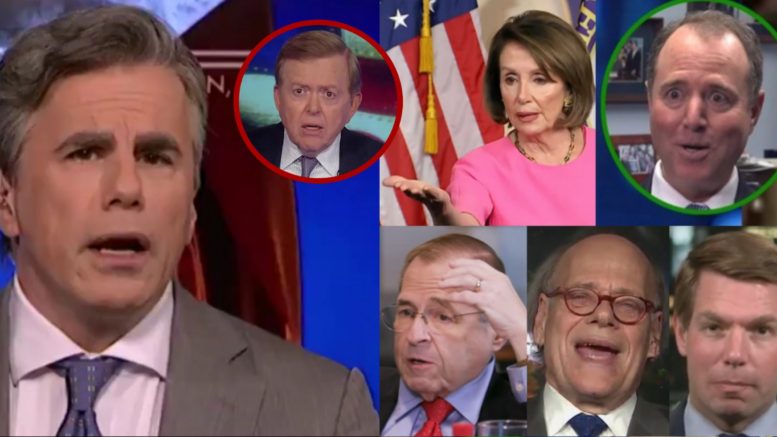 Tom Fitton, joined Lou Dobbs to voice his disgust with ongoing “harassment” against President Trump by Democrat-controlled committees, and what he thinks should be done about it.

In regards to Democrats, Fitton claims, “The flack they’re throwing up is designed to protect themselves from scrutiny.”

Fitton claims the coup attempt by leftist forces continues to this day through the “abuse of power” by House Democrats, and he backed it up by stating how they’re “targeting” the President’s IRS forms and confidential IRS data.

He then concluded, “The reason they’re doing this, cause they don’t want the world to stop and it focus on their misconduct, their political party misconduct in engendering spygate.” Video Below

#DTS – @TomFitton: “The Dem-controlled House Committee is harassing @POTUS. We need to investigate Congress about its role in the anti-@realDonaldTrump coup. Dems don’t want the world to focus on their political party misconduct in engendering SpyGate.” #MAGA #Dobbs pic.twitter.com/PtVCiDU8E5

In ending, here is President Trump’s recent responses to Democrats flirting with impeachment:

Almost 70% in new Poll say don’t impeach. So ridiculous to even be talking about this subject when all of the crimes were committed by the other side. They can’t win the election fairly!

Rep. Alexandria Ocasio-Cortez. “I think we have a very real risk of losing the Presidency to Donald Trump.” I agree, and that is the only reason they play the impeach card, which cannot be legally used!