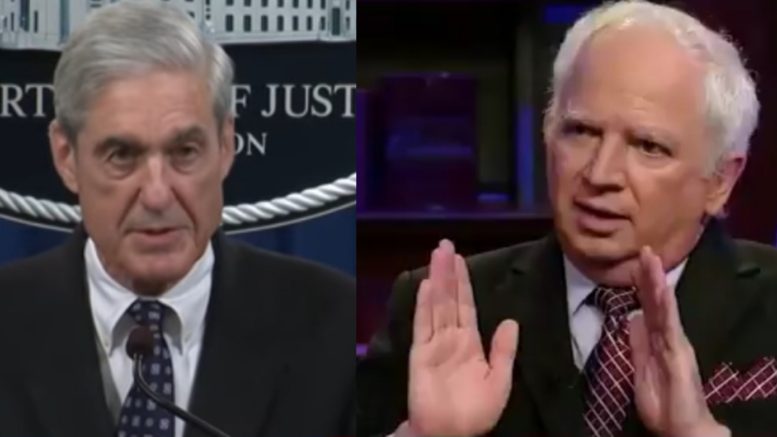 Constitutional Lawyer, Dr. John Eastman, dissected the appointment of Special Counsel Robert Mueller and explained why it should have never happened in the first place and how it was “fundamentally illegal.”

The stunning break down by Eastman came just a little over a week before Mueller is expected to give testimony to both the House Judiciary Committee and House Intelligence Committee on July 17.

Eastman told Mark Levin, “This whole special prosecutor should never been appointed.” He also agreed with Levin that the whole exercise was “fundamentally illegal.”

As backing for this, Eastman said there is a high degree of conflict of interest whenever the Justice Department has to investigate their boss (the President) for alleged criminal activity. And he said under such circumstances, there is very specific Justice Department policy.

He said, “When there is credible evidence of a crime having been committed, by someone at the top of the food chain over here, we’re going to appoint a special prosecutor to get some arms length from the chain of command.”

With that known, Eastman said the only problem in the case of President Trump and his administration is that there wasn’t a “crime that was committed.” Video Below

“What we had was an intelligence gathering operation, which was not a criminal investigation at all,” Eastman continued.

Aside from that, he pointed out how no one in the administration was accused, with any evidence, of a crime. “So, these two components, which are essential criteria for the appointment of a special prosecutor, did not exist and they knew it didn’t exist,” Eastman concluded. Video Below

Brilliant Constitutional Lawyer, Dr. John Eastman, said the Special Prosecutor (Mueller) should have NEVER been appointed in the first place. The entire exercise was fundamentally illegal. The Witch Hunt should never happen to another President of the U.S. again. A TOTAL SCAM! pic.twitter.com/5sRAMhHAR8