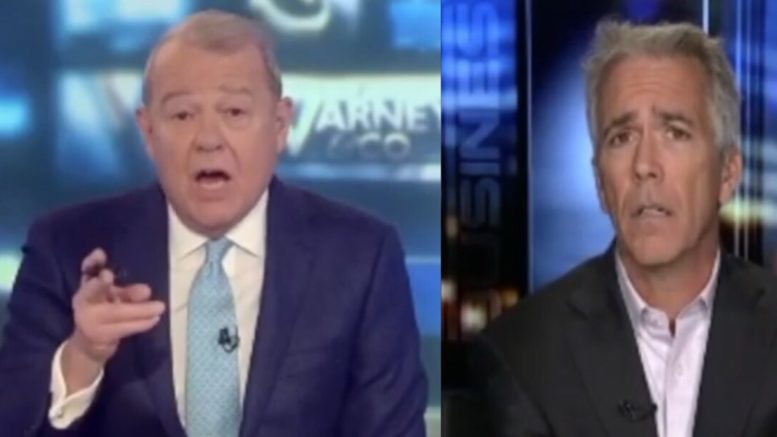 Former Illinois Congressman, Joe Walsh, spoke with Fox Business host Stuart Varney on Friday where Walsh got a taste of his own medicine after attacking President Donald Trump.

Varney ripped Walsh for his own past bigotry during the interview after the 2020 presidential candidate accused Trump of being a bigot, and he pushed back at Walsh for accusing the President of being a liar.

“I believe [Trump] is unfit and a danger to this country. I would not take on a task like this… I do believe we’ve never had a situation like this, where we have a President who we fundamentally can’t believe,” Wash said. “I do believe he lies virtually every time he opens his mouth.”

Varney pressed Walsh for an example to which the former congressman responded, “I’ll give you an example just from yesterday and even his staff Stuart admitted that he lied this week when he said there were high-level phone calls between the United States and China. Trump said that repeatedly. His staff came out yesterday and admitted that the President of the United States lied to the world to manipulate the markets.”

Walsh asked Varney if he believes that’s a lie and Varney responded, “No, I don’t. And I really object to you saying to me, ‘And you know it is, Stuart.’ I do not know it is. And please, don’t bring that nonsense.” (Continued Below)

“Stuart, do you believe this President lies?” Walsh asked Varney. “You don’t believe he’s ever lied?”

“No, he exaggerates and spins,” Varney responded firmly.

“Okay, do you believe he’s ever told the American people a lie?” Walsh tried again. “No,” Varney shot back. (Continued Below)

“Okay, I do. And I think that’s a problem and that’s fine,” Walsh said.

But Varney wasn’t having it as he told Walsh that is the one who lies.

“You lie. Didn’t you say Obama was a Muslim? Is that a lie?” Varney wondered.

“You say the President is bigoted. You, sir, are bigoted!” Varney declared. “June 2016, you said, ‘No more Muslims in the U.S. They want us dead. They seek to kill us. Islam is a doctrine of hatred,’ et cetera, et cetera, et cetera. That’s bigotry any way you slice it. You said ‘the single greatest act of racism in American history was the election of Barack Obama, people voted for him simply because he’s black.’ Bigotry, Joe. And you know it.” [Emphasized]