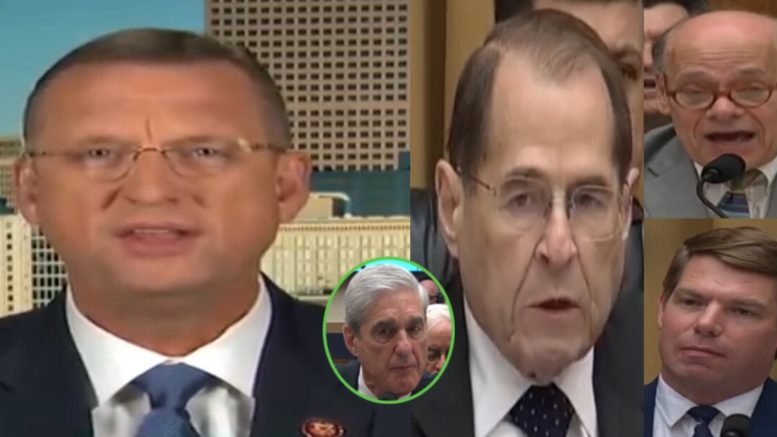 Democrats on the House Judiciary Committee are planning on voting to define what Chairman Jerrold Nadler (D-NY) has referred to as “impeachment proceedings” against President Trump as they return back from their August recess.

Ranking Member of the committee, Rep. Doug Collins (R-GA), however, pointed out what he believes are problems with how Democrats have conducted their investigation, suggesting that they have acted “outside the boundaries of House rules” and may have “made misrepresentations in court filings.”

Democrats on the committee are planning on voting on how the investigation is defined, through a resolution that would set the boundaries of the probe. The panel could vote as early as Wednesday on a resolution to spell out the parameters of its investigation. The language is still being hammered out inside the committee and with House leaders. A draft of the resolution is expected to be released Monday morning, Politico reported.

In August, Nadler told CNN that “formal impeachment proceedings” were taking place, yet, the House never voted for it to begin.

“They have portrayed themselves in just a terrible way over the last eight months and they keep digging their hole,” Rep. Collins told Maria Bartiromo on Fox News’ “Sunday Morning Futures.”

“They keep going after things because they hate the President so much that they don’t want to have anything happen. But then I also turn to just being infuriated. I am tired of the Chairman and the rest of the House Democrats on the Judiciary Committee doing away with our House decorum, our House rules, making it up as they go,” Collins expressed. (Continued Below)

“This is really pathetic,” Rep. Collins said bluntly. “Nothing like this has ever happened in the House before. Again they’re trying to chart new ground when they don’t want to do what they have to do,” Collins continued. “If they really want to do this, they have to bring impeachment to the floor. This is simply a show, it is a travesty and frankly, they should be ashamed.”

House Speaker Nancy Pelosi has yet to join her colleagues in giving full support for impeachment and Collins said that Nadler is “trying to save himself from embarrassment on what they’ve been doing because they have found nothing that they’ve promised in the last 8 months.”  (Continued Below)

“There’s another part here that’s really concerning: they have went so far that they actually claimed to the court… that they had proper procedures in place for grand jury material and sensitive material. They made a filing in court saying this happened. We made a letter to him saying ‘you don’t have this,’ now this resolution seems to be addressing that issue. I want to know if they’re going to go back to court and say, ‘Sorry judge we lied.’ That’s going to be the interesting part,” the Ranking Member noted.

Collins released a statement in August after the Judge smacked down the Democrats attempt to get secret Grand Jury information: “As I have been saying for months, Democrats have not begun an impeachment inquiry against the president. Until the full House votes to authorize such an inquiry, that status will not — indeed, cannot — change. The chairman’s public statements notwithstanding, these two lawsuits are separate and distinct from each other, as Chief Judge Howell’s ruling makes clear.”