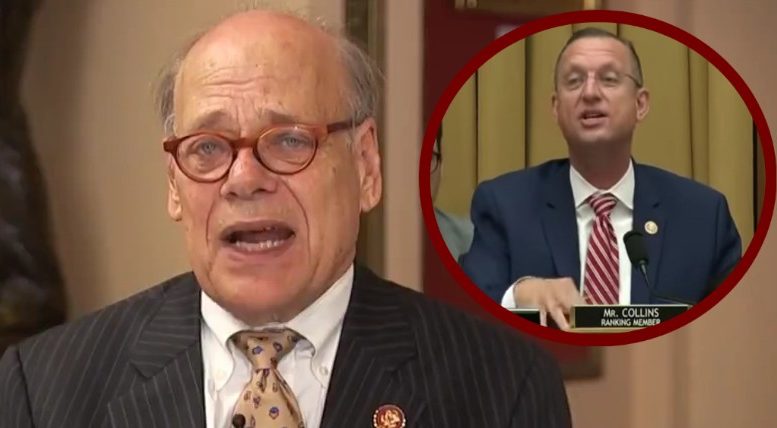 Democrat Congressman and House Judiciary Committee member Steve Cohen was not impressed with the way a couple of his Republican colleagues behaved during Thursday’s hearing involving the committee’s ongoing impeachment investigation.

While appearing on MSNBC, Cohen targeted two Congressmen in particular, which are Doug Collins and Matt Gaetz, as he claimed they were both just “auditioning” for future roles and only trying to impress the President with their remarks.

Cohen also went as far as saying Rep. Collins is hoping President Trump “nominates him for Senator” of Georgia.

During their five-minute remarks, Rep. Collins likened Chairman Jerry Nadler’s impeachment efforts to a “giant Instagram filter,” while Gaetz accused Democrats of “dressing up” impeachment, which he called “Low-T Impeachment” or “Low-Energy Impeachment”.

He brought up how Republicans argued that what was happening at Thursday’s hearing was “too important” to be held at committee level and should be addressed with the entire House of Representatives. Video Below

Related Article: Jordan Looks At Dems & Exposes Why They’re ‘Changing The Rules’ In Their Impeachment Effort

“And then Matt Gaetz auditioning for whatever prize he could ever get,” he added. Video Below

Republicans on the Committee would rather compete for Donald Trump’s approval than engage with the facts. They presented conflicting arguments and ignored the pattern of corruption & obstruction that has defined this administration. #CultureOfCorruption #ImpeachmentInvestigation pic.twitter.com/kWK1EHQKvk

The only problem with what Cohen is suggesting is that it is not the
President’s job to nominate Senators.

Presidents nominate and appoint members of their administration, judges, Supreme Court justices and heads of major government agencies and other important government officials with the consent of the Senate.

It’s up to the people to nominate who they want to serve as Senator of their state through the election process.

So where ever Cohen got the idea that Trump is nominating Collins as Senator of Georgia is beyond our knowledge, as we have not been able to verify that information. Continued Below

In ending, here is a tweet from Cohen where he furthered his claim of “auditions.”