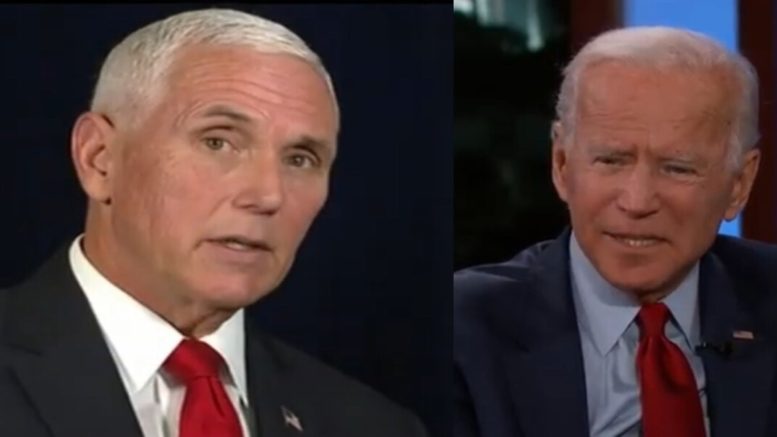 On Thursday, Vice President Mike Pence defended President Trump’s calls for Ukraine to conduct an investigation into former Vice President Joe Biden while answering a few questions from the press, following an event in Arizona.

“Let me just say, I’m vice President of the United States. And I was elected to this job along with President Trump for many reasons,” Pence explained. ” One was to rebuild the military, … revive the economy, … see conservatives appointed to the courts, another was to secure the borders.”

“One of the main reasons we were elected to Washington, D.C., was to ‘drain the swamp’,” Pence continued. “And I think the American people have a right to know if the vice president of the United States or his family profited from his position as vice president during the last administration. That’s about looking backwards and understanding what really happened.”

“The fact that my predecessor had a son, who was paid $50K a month to be on a Ukrainian board, at the time that vice president Biden was leading the Obama administration’s efforts in Ukraine. I think is worth looking into,” Pence said, echoing what President Trump has said. And the President made it very clear that he believes that our other nations around the world should look into it as well.”

“The simple fact is that when you hold the second-highest office in the land it comes with unique responsibilities, not just to be above impropriety but you have to be above the appearance of impropriety,” Pence said.

“Clearly, in this case, there are legitimate questions that ought to be asked, and we’re going to continue to ask them since the American people have a right to know, whether or not the vice president of the United States or his family profited from his position,” he added. (Continued Below)

Pence pointed to the video of Joe Biden, during the council of foreign relations, who admitted, “I had gotten a commitment from [Petro Oleksiyovych] Poroshenko and [Arseniy] Yatsenyuk that they would take action against the state prosecutor and they didn’t. So I said, ‘Nah, we’re not gonna give you the billion dollars.’ They said, ‘You don’t have authority, you’re not the President.’ I said, ‘call him. You’re not getting the billion dollars.’ If the prosecutor is not fired, you’re not getting the money. Well, son of a bitch! He got fired.”

“You look at the video and you see clearly there was a quid pro quo. He said if a prosecutor was not fired, whom among other things, was investigating the company [that] his son sat on the board of, that he was going to withhold a billion dollars. Contrast that with the President’s transcript of the President’s phone call with President Zelensky, where there was no quid pro quo, there was no pressure. And I think it’s why most American’s want to get answers about what was going on,” Pence said.

“But this administration is going to continue to advance the policies and the agenda that we were elected to advance, that includes ‘draining the swamp’, and that includes demanding that our allies operate honest government in an upright way as well,” the Vice President concluded. (Video Below)