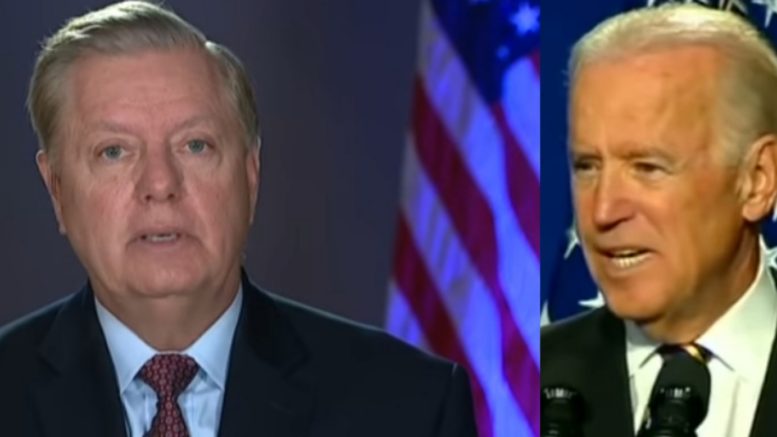 Senator Lindsey Graham thinks it’s time for Democrats to be investigated when it comes to their involvement with Ukraine now that President Trump has had his turn.

While speaking with Maria Bartiromo on her Sunday program, Graham laid out questionable instances, specifically related to actions taken by Joe Biden and Democrats in Ukraine that isn’t sitting right with him. And he believes there needs to be a probe by an outside, non-political entity, such as the Department of Justice.

Graham brought forward an article that suggests at least one DNC member traveled to the Ukrainian Embassy to get dirt on Trump, and he wants to know if Attorney General Barr is looking into it as well as other instances of potential Ukranian election interference.

“The bottom line, I hope we look at Ukranian corruption,” Graham said. “And I’d like to call the prosecutor into the United States and have him testify — the one that Biden had fired.”

“Isn’t it kind of odd that the only person Biden wanted fired was the one investigating
his son?” Senator Graham questioned.

“I want somebody to look at interference by Ukraine into the 2016 election, like Mueller looked at Russia,” he added. “I’m hoping that’s being done. If it’s not being done, it should be done.” Video Below

“The only person that Biden wanted fired was the prosecutor. Maybe is corrupt, but clearly he was looking at the boards that Hunter Biden was serving on,” Graham said.

He then went on to say that if a Republican would have done what Biden did, it would be all over the news.

“I’m not gonna give up on the idea that both sides need to be looked at. Trump’s been looked at, now it’s the Democrats’ turn. Video Below