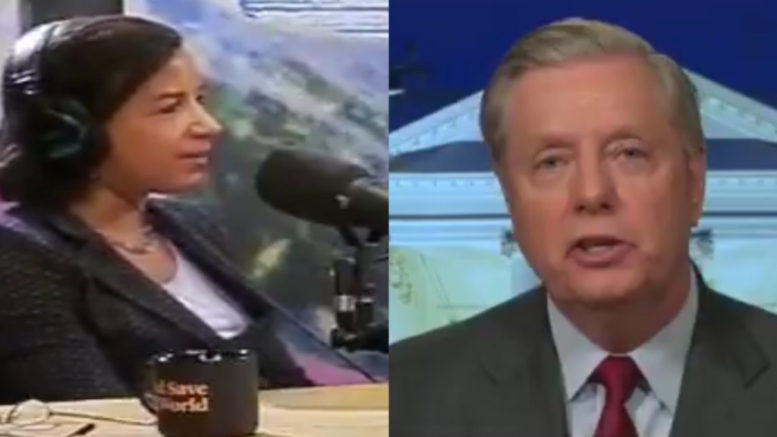 During a Wednesday interview with “Pod Save the World”, Rice went after Graham while discussing the 2012 Benghazi attack.

Sen. Graham fired back at Rice’s comments Wednesday while speaking to host Sean Hannity on Fox News. “The bottom line is, everything she touched turned to a piece of crap, national security-wise,” he declared. “It does bother me that the person who lied about Benghazi is still relevant.”

“Here’s her greatest hits: the Iran nuclear deal, withdraw from Iraq, the rise of ISIS. At the end of the day Rwanda genocide, the Syrian red line,” Graham listed.

“The bottom line is, I hope the American people will remember that Susan Rice and Barack Obama, who brought you ISIS, who gave the Ayatollah 350 billion dollars. And at the end of the day, if she doesn’t like me, I must be doing something right,” he added. (Continued Below)

Sen. Graham also took to Twitter Thursday where he said Rice is a “walking, talking national security disaster” who consistently failed at her job during her time in the Obama administration.

Then, Graham expressed, “If she agreed with me, I would wonder what I did wrong!” (Videos Below)

He lists off her accomplishments:

If she agreed with me, I would wonder what I did wrong! https://t.co/5Tu3V5Vckq