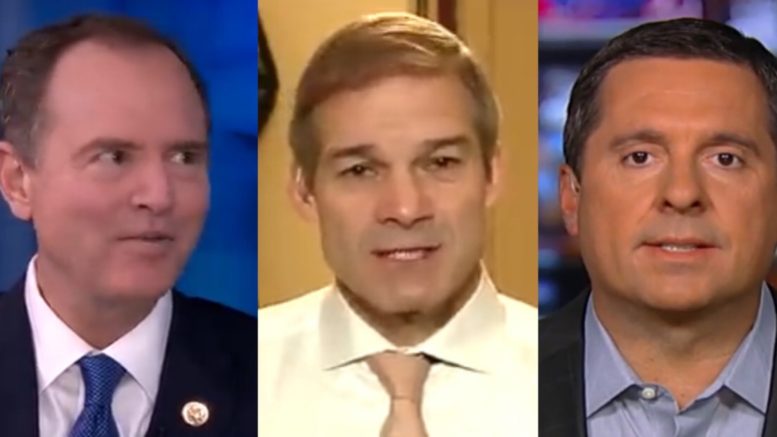 House Intelligence Committee Chairman, Adam Schiff (D-CA) released on Tuesday, a memo detailing the format for the public Democratic-led “impeachment proceedings” ahead of this week’s public hearings. The first hearing will begin at 10 AM ET Wednesday, with testimony from State Department official George Kent and top U.S. diplomat in Ukraine Bill Taylor.

In his 6 page memo, Schiff warned that committee members are not allowed to talk about the “whistleblower”, otherwise they may face an ethics violation.

According to Schiff’s memo:

However, in his memo, Schiff made it clear that he intends to intervene in any line of questioning that may go to the identity of the whistleblower and will not tolerate any inquiries that seek to shed light on who filed the complaint against the President in the first place.

Schiff further warned about the “whistleblower” and “ethic violations”: “The statutory framework also prevents obstruction of lawful communications by federal employees with Congress, and of congressional proceedings. And, as mentioned above, the Code of Official Conduct for Members of Congress requires that every Member “shall behave at all times in a manner that shall reflect creditably on the House. The Committee on Ethics has historically viewed this provision as “encompassing violations of law and abuses of one’s official position.” 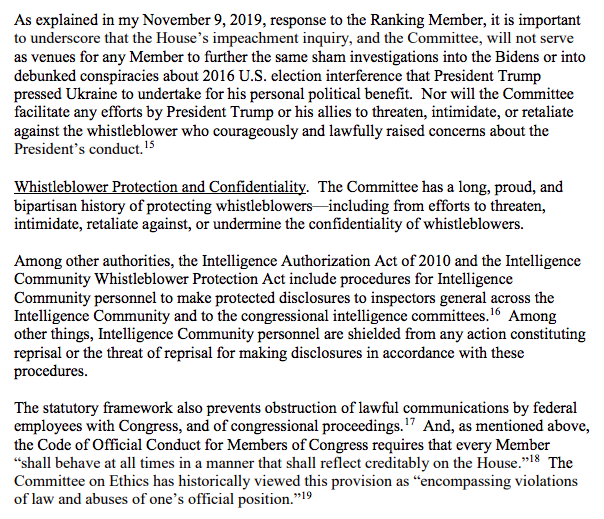 Senator Lindsey Graham (R-SC), however, said during an interview Sunday with Fox News’ Maria Bartiromo: “It’s impossible to bring this case forward, in my view, fairly, without us knowing who the whistleblower is and having a chance to cross-examine them about any biases they may have. So, if they don’t call the whistleblower in the House, this thing is ‘dead on arrival’ in the Senate,” Graham warned. [Emphasized]. (Continued Below)

Meanwhile, on Monday, Republicans sent their own 18-page memo to fellow Republican members which outlines “four key points of evidence” that show no crime was committed:

SCHIFF’S MEMO CAN BE READ HERE.

(Related: John Yoo Reveals How It Would Be “Devastating” For Dems If They Deny GOP’s Witnesses: “The Trial Will Fail In The Senate”)