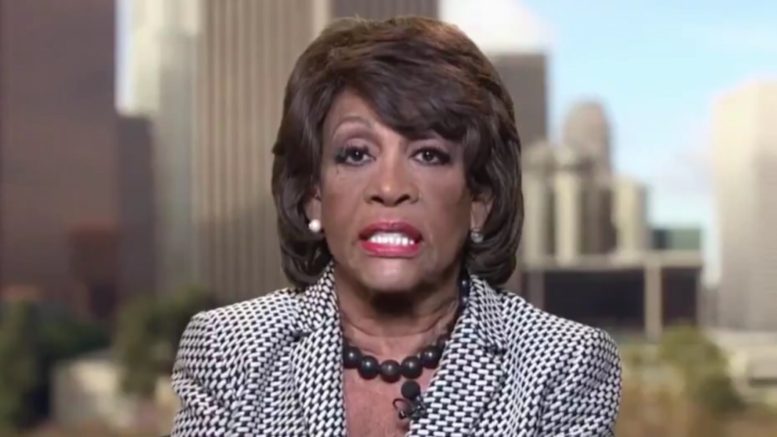 Rep. Maxine Waters (D-CA), on Sunday, told MSNBC that there may be more “impeachment activity” and Democrats “will not stop”.

Waters, who serves at the chairwoman of the House Financial Services Committee, has subpoenaed a broad range of financial documents from two banks that have dealt with President Trump and members of his family.

“The subpoenas that I have issued that’s going through the lower courts are now going to be heard at the Supreme Court in March,” Rep. Waters said.

“We will not stop. Whether or not that leads to another impeachment activity, I don’t know,” she hinted.

“But I know we must continue with the work that our constituents have elected to come to Congress to do,” Rep. Waters stated.

The Democrat-led committees say they need the documents from Deutsche Bank and Capital One as part of an investigation into efforts by foreign entities to influence the U.S. political process to determine whether foreign agents have financial leverage over the president. The arguments are scheduled for March and a decision could be reached by June 2020, which will be right in the middle of the presidential election. (Continued Below)

President Trump and his legal team have argued that these requests for his financial records amount to politically motivated attacks, and his lawyers say that the president should be protected from criminal investigations through presidential immunity.

(Related: Maxine Waters: GOP Senators Are ‘Not Gonna Have Rules That Are Gonna Be Fair’ With Impeachment)

The subpoenas seek the president’s bank and brokerage account records, loan records, lines of credit and other documents from bank employees that deal with Trump and his family. Trump and several members of his family sued the two banks this year seeking to block them from responding to the subpoenas. The president’s legal team has argued that the subpoenas issued by House Democrats had “no legitimate or legislative purpose,” as reported by Newsweek. (Video Below)

Democrat Rep. Maxine Waters: there may be more “impeachment activity,” “we will not stop”https://t.co/lGLtVSPTLU pic.twitter.com/rr7FSsr8xh