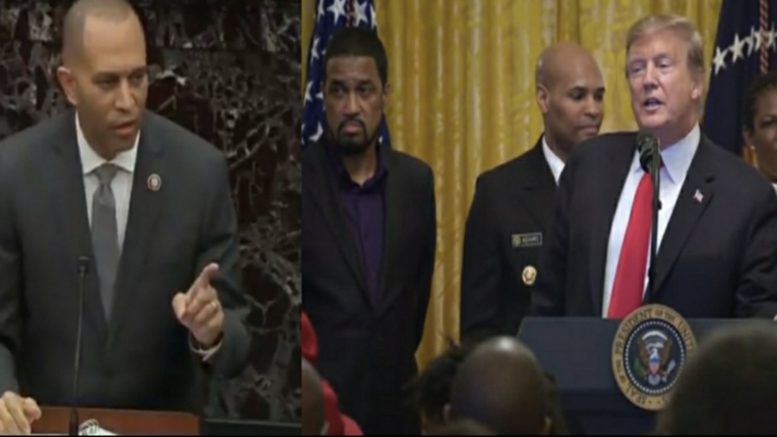 On Friday, House manager Rep. Hakeem Jeffries (D-NY) took to the Senate floor to invoke the Civil War, the fight against the Nazis in WWII, 9/11, Jim Crow, and the stock market in his argument for the removal of President Trump.

“America is a great nation. We can handle adversity better than any other county in the world. Whenever America has found itself in a tough spot, we always make it to the other side,” Rep. Jeffries said.

“America is a great country. We can handle adversity better than any other nation in the world. But what are we going to do about our character? President Trump tried to cheat and solicit foreign interference in an American election. That is an attack on our character,” he suggested. (Video Below)

Unhinged: Dem Rep compares Trump to terrorists who attacked America on 9/11 and Nazis in WWIIhttps://t.co/4akSZsJ3Vi pic.twitter.com/DNXFjyHwLc

(Related: Ari Fleischer: “The Democrats…Concede That The President Did Not Commit A Crime”)