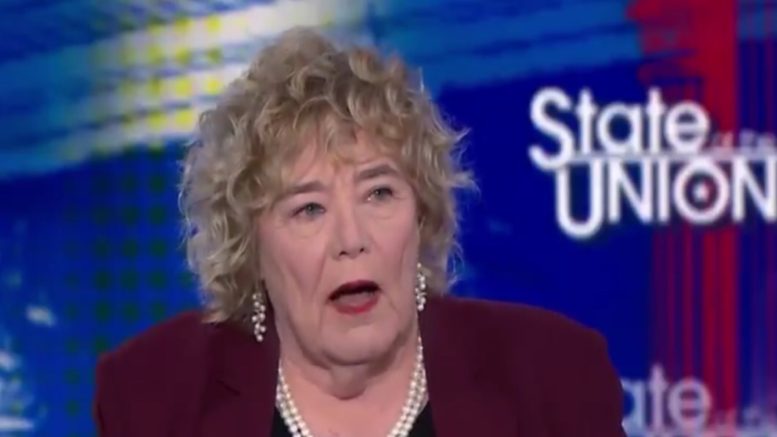 Democratic impeachment manager, Rep. Zoe Lofgren, spoke with host Jake Tapper on Sunday, during CNN’s “State of the Union”, where she admitted that impeachment is “all about the election”.

She further would not say if House manager Rep. Jerry Nadler’s comment was a mistake when he told the Senate that it was “embarrassing” to see senators “voting for a coverup”.

During the interview, Rep. Zoe Lofgren claimed that Democrats went to court during the impeachment inquiry, to which Jake Tapper interjected to say, “You didn’t pursue it in court, you ultimately withdrew the cases and went to the Senate.”

Lofgren alleged Democrats “ultimately had the evidence we were going to get”, adding that it was “sufficient to prove” their case.

Asked if Democrats surrendered to the president’s stonewalling, Lofgren admitted impeachment is about the election: “I guess in that sense we did. If we had waited 3 or 4 years the election would be over, the issue would be almost moved,” she confessed.

When asked about Jerry Nadler, who told Senators that “if they didn’t vote for new witnesses and documents, they would be participating in a coverup”, Lofgren agreed the Senate should get new witnesses. “We tried to get witnesses, we were stonewalled. But here’s the thing, the Chief Justice of the United States is presiding over this trial. If he sides with the subpoena or a witness to come, we’re gonna get that witness. We’re not gonna be in court for 3 or 4 years,” she said. (Continued Below)

Tapper told Lofgren he noticed that she didn’t say “if they voted against it, it’s a coverup”, adding that she has been “mindful of her tone and respectful” to the Senators. “Do you think Jerry Nadler should have said that?” he asked her.

“I never comment on other member’s comments,” Lofgren said. (Video Below)

(Related: Schiff Says He Has No Regrets On The ‘Russian Collusion Issue’ Or Making Up Trump’s Phone Transcripts)