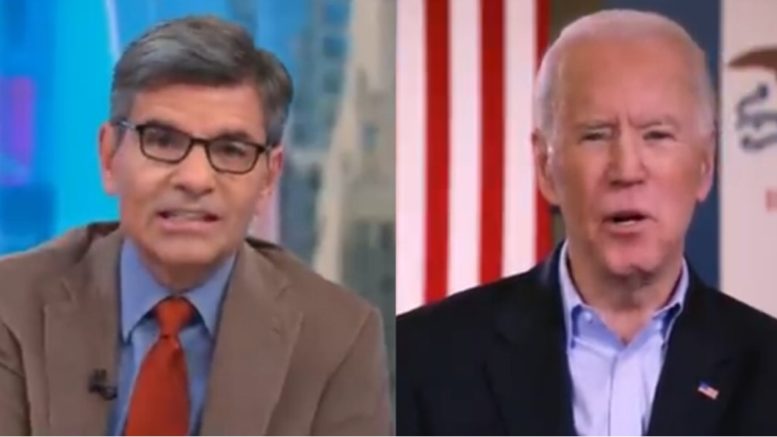 Stephanopolous interjected to point out: “Only Democrats voted for it in the House and one independent.”

“Even if it’s a party-line vote?” Stephanopolous asked Biden.

Joe Biden: "This was not a partisan impeachment … even if it was a party-line vote."

(Related: Graham: “It Would Have Been Wrong For Trump To Have NOT Been Worried About The Bidens’ Business Dealings”)