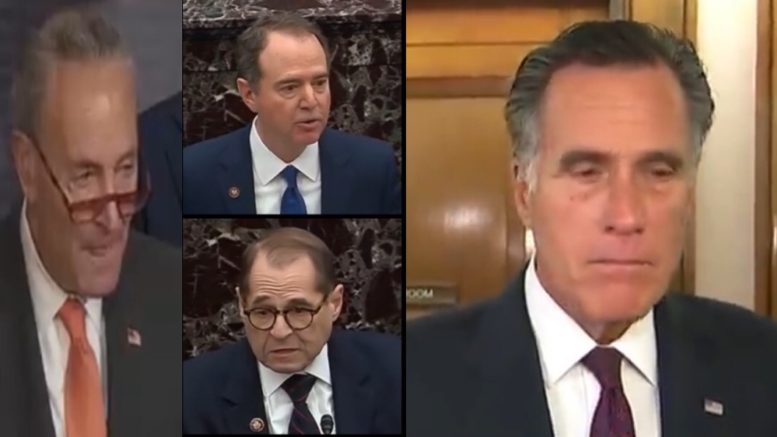 Fox News political contributor and chairman of the American Conservative Union, Matt Schlapp, took to Twitter on Friday to announce that Senator Mitt Romney (R-UT) is “formally not invited to CPAC 2020.”

CPAC 2020 is scheduled for February 26-29 and will feature several conservative speakers along with President Donald Trump, who will make his 4th CPAC appearance.

The Conservative Political Action Conference is the largest and most influential gathering of conservatives in the world. Launched in 1974, CPAC brings together hundreds of conservative organizations, thousands of activists, millions of viewers and the best and brightest leaders in the world, as reported by CPAC 2020.

Over 19,000 people attended CPAC 2019, some of whom had not missed a single conference since Ronald Reagan gave the first CPAC keynote speech in 1974. Yet each CPAC is fresh and unique, with 60% of attendees experiencing the conference for the first time, half of whom are college-aged and younger, as per CPAC 2020. (Continued Below)

The event will take place at Gaylord National Resort & Conference Center, in National Harbor, MD on February 26-29 and tickets can be purchased HERE.

Chairman of the American Conservative Union, Matt Schlapp, took to Twitter to announce: “BREAKING: The ‘extreme conservative’ and Junior Senator from the great state of Utah, @SenatorRomney is formally NOT invited to #CPAC2020.”

Romney used CPAC as a platform to woo the party’s base as he sought the Republican nomination in 2012, where he labeled himself a “severely conservative governor.” Romney and Maine Sen. Susan Collins were the only Republicans to vote in favor of additional witnesses Friday, clearing the way for Trump’s probable acquittal on Wednesday, reported New York Post. (Video Below)

BREAKING: The "extreme conservative" and Junior Senator from the great state of Utah, @SenatorRomney is formally NOT invited to #CPAC2020. pic.twitter.com/f35tYy73V1

#NEW on @OANN: Head of American Conservative Union @mschlapp says @SenatorRomney “formally not invited” to annual CPAC conference next month. Romney joined Dems in voting to hear from witnesses in ongoing impeachment trial, a motion which failed to pass in the Senate today. pic.twitter.com/GMt5GDvFh5