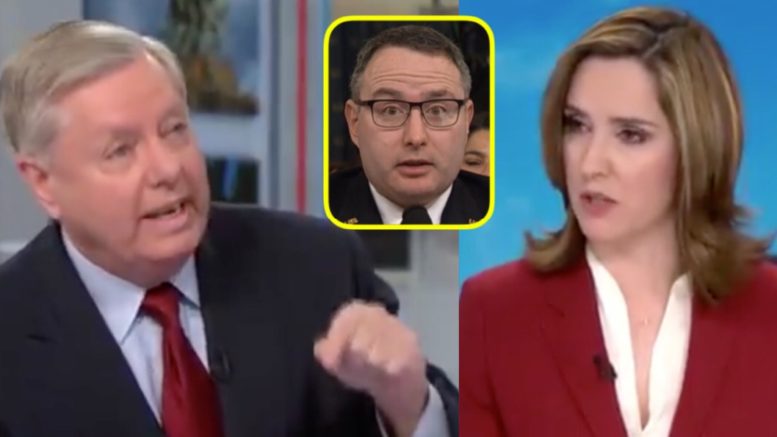 Vindman was fired Friday by the National Security Council and escorted off of the White House grounds, two days after the president’s acquittal in his Senate trial.

Asked if he supports President Trump’s decision to dismiss Lt. Col. Alexander Vindman, who worked for the Nation Security Council, and who was subpoenaed and testified during the House impeachment inquiry, Senator Graham said, “I think his reassignment was justified. I don’t think he could be effective as the NSC.”

“As much as I support military people telling the truth when asked, I think it’s important when they do. What have I learned in the last two years? CIA agents, Department of State, Department of Justice lawyers, FBI agents have a political agenda and they acted on it. We found that out through the FISA investigation,” Senator Graham explained.

The South Carolina Senator was referring to the 435 page FISA report that was released in December 2019 by DOJ Inspector General Michael Horowitz. The IG probe identified 17 “significant” errors in the Carter Page FISA applications, which included withholding exculpatory information, altering documents, and lying to the FISA court.

“As far as Col. Vindman, he was not allowed to be asked questions in connection to the alleged whistleblower,” Graham began to say before being interrupted by Margaret Brennan who wrongly claimed of Vindman: “He was asked and he denied.” (Continued Below)

“No, he was not. They did not allow him– they did not allow the Republicans to go down that road,” Sen. Graham shot back. “I can promise you this, nobody has asked him, ‘Did you leak to the whistleblower?’ People in his chain of command have been suspicions of him, regarding his political point of view.”

During the House impeachment inquiry, Vindman admitted that he gave out information about the president’s July 25 phone call to people “outside of the White House.” Further, Rep. Brad Wenstrup (R-OH) questioned Vindman about the steps he took to report his concerns about the July 25 phone call between President Trump and Ukranian President Zelensky. Rep. Wenstrup caught the NSC official in a lie when he didn’t follow his chain of command.

Margaret Brennan told Senator Graham that the NSC advisor claimed last week that he was confident there was “no leaks” from the National Security Council, which prompted Graham to respond: “Well, I am not. I want the man to be asked about what he did with the information. I appreciate [Vindman’s] service.” (Continued Below)

Last week on the Senate floor, Senator Rand Paul had said there were news reports of people working in the NSC and one who works for Adam Schiff, who knew each other. They reportedly had been overheard talking about impeaching the president in the first month of taking office– in January 2017 and were already plotting the impeachment.

“Were people plotting to bring down the president? They were plotting in advance of the election. Were they plotting within the halls of government to bring down the president? These people also knew the Vindman brothers, who are still in government. You’ve got two Vindman brothers … who know Eric Ciaramella, who also knows Sean Misko, who also knew two other people working on Adam Schiff’s staff,” Senator Paul explained.

Brennan interrupted to say of Vindman: “He is an officer. He is not allowed to speak out on his own behalf, neither is fellow military officers allowed to do so.”

Senator Graham leveled Brennan by saying, “He was shut down,” referring to Rep. Adam Schiff (D-CA), who had stepped in and stopped Vindman from answering questions from Republican lawmakers.

.@LindseyGrahamSC on Lt. Col. Alexander Vindman's ouster from the White House: "I think his reassignment was justified. I don't think he could be effective as the NSC." https://t.co/Bu1zxgliQV pic.twitter.com/p1wsI0Sojd

BREAKING: Vindman admits he leaked Trump’s call to an individual in the intel community. Schiff cuts him off and warns him to not out the whistleblower pic.twitter.com/A9opcmX1Ky