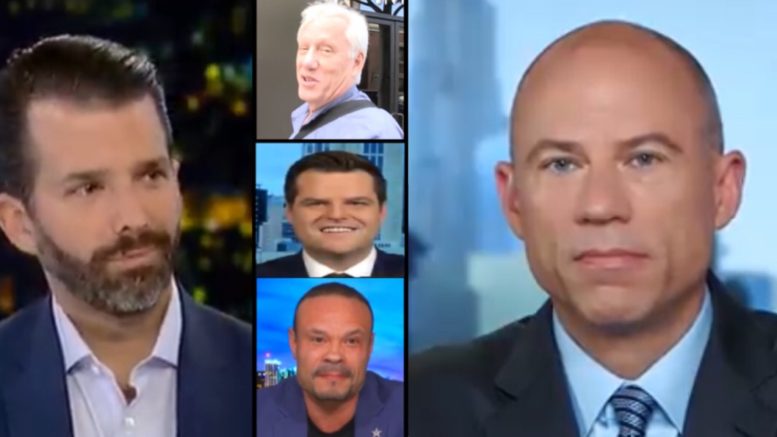 Avenatti was found guilty on Friday on all three charges in connection to accusations that he attempted to extort up to $25 million from Nike. A New York federal jury found Avenatti guilty on three counts, including extortion, wire fraud, and transmission of interstate communications with intent to extort. Avenatti’s sentencing is scheduled for June 17, 2020, and faces up to 42 years in prison.

Avenatti, 48, who did not testify in the case against him, pleaded not guilty to charges alleging that he tried to extort up to $25 million from Nike by threatening to expose corruption at the sports footwear company unless he was allowed to conduct an internal probe of Nike.

During the jury’s decision Friday, Avenatti was seen in court blessing himself before the verdict was read. He looked straight ahead with a sad expression. After the jury read the verdict, his lawyer put his hand on Avenatti’s shoulder.

Avenatti’s defense lawyer, Danya Perry, told reporters Friday that he will appeal on the basis of jury instructions and that Avenatti was “very disappointed” with the verdict. (Continued Below)

“We stand by our client and we’ll just look forward to the next phase,” Avenatti’s Perry said on Friday. “He is a fighter, as you all know. And he’s staying strong.”

Asked what his reaction is to the verdict, Perry replied, “I think he’s in a bit of a state of shock, but he’s already strategizing and thinking forward to the next stage of this.”

When asked what is the next stage, Avenatti’s defense lawyer, Scott Srebnick, said, “Well, the next stage is sentencing and appeal. He has two other cases, but Avenatti’s, Avenatti. He’s a strong guy and obviously he’s disappointed, but he’s a fighter.” (Video Below)

We leave you with a few responses on Twitter from conservatives:

And a Happy Valentine’s Day to Bubba on Cell Block D! #MichealAvenattisPurpleDonut 💜 https://t.co/GiqIhzj5wa

Now that @berniesanders is the Democratic Frontrunner campaigning on a platform to let prisoners vote…..

Can he count on the endorsement of @MichaelAvenatti?

Did Avenatti win the Iowa Caucus?

Actually really proud of the fact that I always thought Michael Avenatti was a disgusting con artist and there’s evidence I wasn’t shy about that on the internet. https://t.co/nrxyapUaH0

Watch MSM pundits seamlessly transition from whining about how Roger Stone should die in Jail, to how Avenatti needs to be given a light sentence and a second chance.

Stelter told Avenatti on air, “Looking ahead to 2020, one of the reasons why I’m taking you seriously as a [2020 presidential] contender is because of your presence on cable news.”

“And looking ahead to 2020, one reason I’m taking you seriously as a contender is because of your presence on cable news.” pic.twitter.com/jzfV6O4kPT