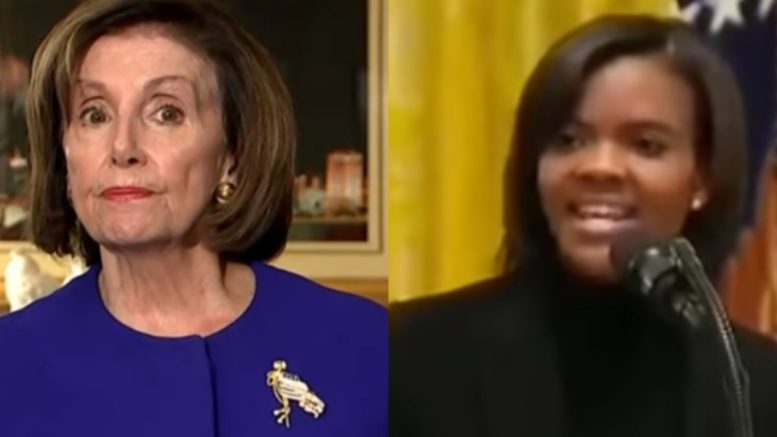 On Friday, House Speaker Nancy Pelosi urged members of Congress to condemn President Trump amid reports surrounding his reaction to a February 13 intel briefing to lawmakers on Russia’s alleged interference in the 2020 election.

The New York Times reported that representatives on both sides of the aisle were warned by intel officials that Russia is trying to interfere in both the  Democratic primaries and the general election.

The briefing is believed to have “angered” President Trump, who berated acting director of national intelligence Joseph Maguire over his decision to hold the briefing in the first place. The President was reportedly “irritated” that Congressman Adam Schiff was at the briefing, and he complained that Democrats would use the information against him, according to the New York Times.

As per the NYT: “On Wednesday, the president announced that he was replacing Mr. Maguire with Richard Grenell, the ambassador to Germany and an aggressively vocal Trump supporter. And though some current and former officials speculated that the briefing might have played a role in that move, two administration officials said the timing was coincidental. ”

In response to President Trump’s actions surrounding the Russia briefing, House Speaker Pelosi tweeted: “American voters should decide American elections — not Vladimir Putin. All Members of Congress should condemn the President’s reported efforts to dismiss threats to the integrity of our democracy & to politicize our intel community. We await the election security briefing for Members on March 10.”

After seeing the House Speaker’s tweet, Candace Owens posted a tweet addressed to Russia, where she slammed the “Democrats’ bullshit collusion narrative 2.0” and considered Pelosi “old and deluded.” See Below

Related Article: Swalwell: Don’t ‘Hold It Against’ Bernie That Russia Prefers Him, But Question If Trump Is A Russian Agent

“Dear Russia,” Candace wrote. “Please note that not a single American buys the Democrats’ bullshit collusion narrative 2.0, as being perpetuated by their propagandist left-wing newspapers.”

“We elected Trump in 2016. And we will elect him again in November,” she added. “Nancy is old and deluded.’ See Below

Please note that not a single American buys the Democrats’ bullshit collusion narrative 2.0, as being perpetuated by their propagandist left-wing newspapers.

We elected Trump in 2016.
And we will elect him again in November.

Nancy is old and deluded. https://t.co/RRqKSbXeBh

In ending, here is video of Candace Owens getting a standing ovation after going off on Democrats: