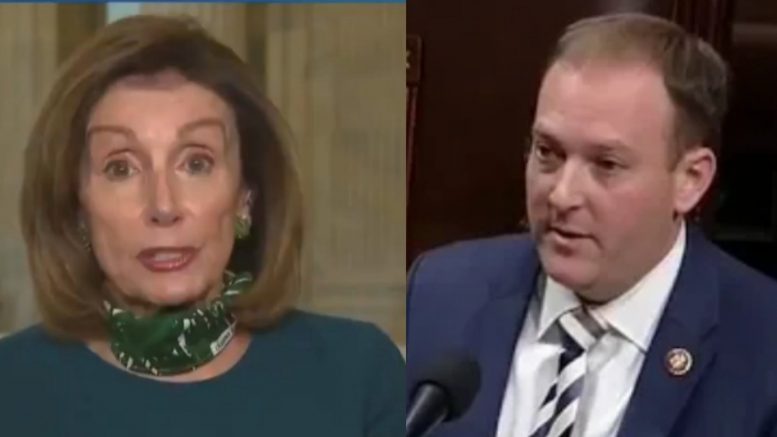 Pelosi made the remark after CNN’s Anderson Cooper pressed her on what she thought about the President revealing that he has been taking hydroxychloroquine as a preventative measure for the COVID-19 pandemic.

Related Article: President Trump Reveals To The Press He’s Been Taking Hydroxychloroquine As A Preventive Measure For COVID-19

“I happen to be taking [Hydroxychloroquine]. I happen to be taking it,” President Trump announced. “Right now, a couple of weeks ago I started taking it I think it’s good, I’ve heard a lot of stories. And if it’s not good, I’ll tell you right– I’m not gonna get hurt by it. It’s been around for 40 years for malaria, for lupus, for other things. I take it. Frontline workers take it, a lot of doctors take it. I hope to not be able to take it soon because I hope they come up with some answer[s]. But I think people should be allowed to.”

The President said that the White House physician “didn’t recommend” the treatment but offered it to him. He also told reporters along with taking the drug, that he is being tested for COVID-19 every couple of days, but so far has tested negative.

In response to Trump’s revelation, Speaker Pelosi told AC360, “I would rather he not be taking something that has not been approved by the scientists, especially in his age group, and in his, shall we say, weight group: ‘Morbidly obese,’ they say.” Video Below

“Speaker Pelosi needs to give her gavel next January to @GOPLeader (Kevin McCarthy),” he added.

There are over 3,000,000,000,000 reasons @SpeakerPelosi needs to give her gavel next January to @GOPLeaderpic.twitter.com/sxGsvTv6bo

A few days ago, @jaketapper had to pull out the fainting couch and ask “is there no bottom” to Trump attacks on Biden. Anything to say about this Jake? https://t.co/xxP0KvwZAm

It’s so hilarious. Democrats think Trump supporters are “triggered” by Pelosi’s morbidly obese comment. LOL. Are you kidding me? We are thrilled these are the new rules. No pretending to be “shocked” or “outraged” at what Trump says anymore. We are HAPPY to play by these rules.

Says the woman who resembles petrified cow dung with eyebrows.

Nancy Called President Trump #morbidlyobese but look at her face ! @SpeakerPelosi you should be the last one talking about someone #GreasyFacePelosi