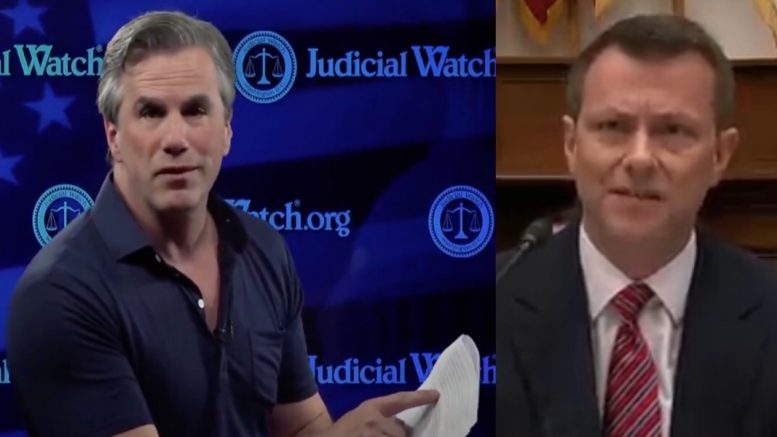 The document, which was written by former FBI official Peter Strzok was obtained as the result of a Judicial Watch FOIA (Freedom of Information Act) lawsuit against the FBI and DOJ.

As reported by Judicial Watch:

The redacted document details seeming third-hand information that the Russian government “had been seeking prominent members of the Donald Trump campaign in which to engage to prepare for potential post-election relations should Trump be elected U.S. President.” The document also alleges Trump campaign adviser George Papadopoulos, claimed to an unnamed party that “they (the Russians) could assist the Trump campaign with the anonymous release of information during the campaign that would be damaging to Hillary Clinton.”

The document notes, “It was unclear whether he [Papadopoulos] or the Russians were referring to material acquired publicly of [sic] through other means. It was unclear how Mr. Trump’s team reacted to the offer. We note the Trump team’s reaction could, in the end, have little bearing of what Russia decides to do, with or without Mr. Trump’s cooperation.”

President of Judicial Watch released a statement upon receiving the “electronic communication”  that officially launched the counterintelligence investigation “Crossfire Hurricane”, saying: “There was no serious basis for the Obama administration to launch an unprecedented spy operation on the Trump campaign”. Continued Below

“No wonder the DOJ and FBI resisted the public release of this infamous ‘electronic communication’ that ‘opened’ Crossfire Hurricane – it shows there was no serious basis for the Obama administration to launch an unprecedented spy operation on the Trump campaign,” stated Tom Fitton.

“We now have more proof that Crossfire Hurricane was a scam, based on absurd gossip and innuendo. This document is Exhibit A to Obamagate, the worst corruption scandal in American history. This document shows how Attorney General Barr and U.S. Attorney Durham are right to question the predicate this spy operation,” he added.

In April, Senate Judiciary Chairman Lindsey Graham (R-SC) released an additional declassified transcript of George Papadopoulos and an FBI confidential human source, which was declassified on April 24, 2020. Video Below

Tom Fitton explained that the “electronic communication” is the “Holy Grail” document, adding: “the one document that initiated the counterintelligence investigation into President Trump’s 2016 presidential campaign.”

Fitton also pointed out: “There was no intelligence. This document is a fraud. It was used to justify without foundation, spying on President Trump. And this FBI and Justice Department are withholding it from us. The FBI and DOJ are still covering up the Obama administration’s corrupt spying on then-candidate Trump.”

The document is dated July 31, 2016. The text of the “electronic communication” below was obtained by Judicial Watch: 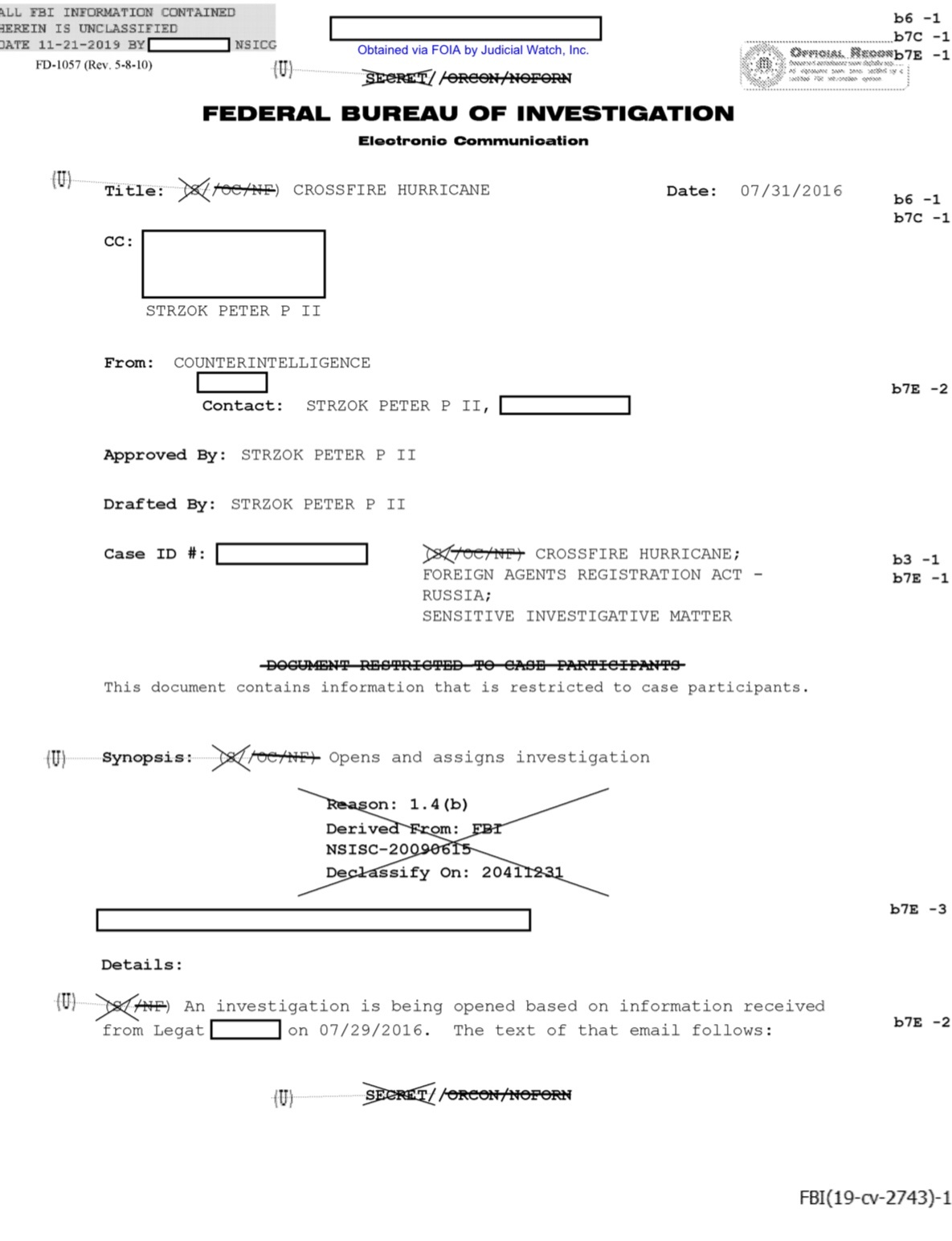 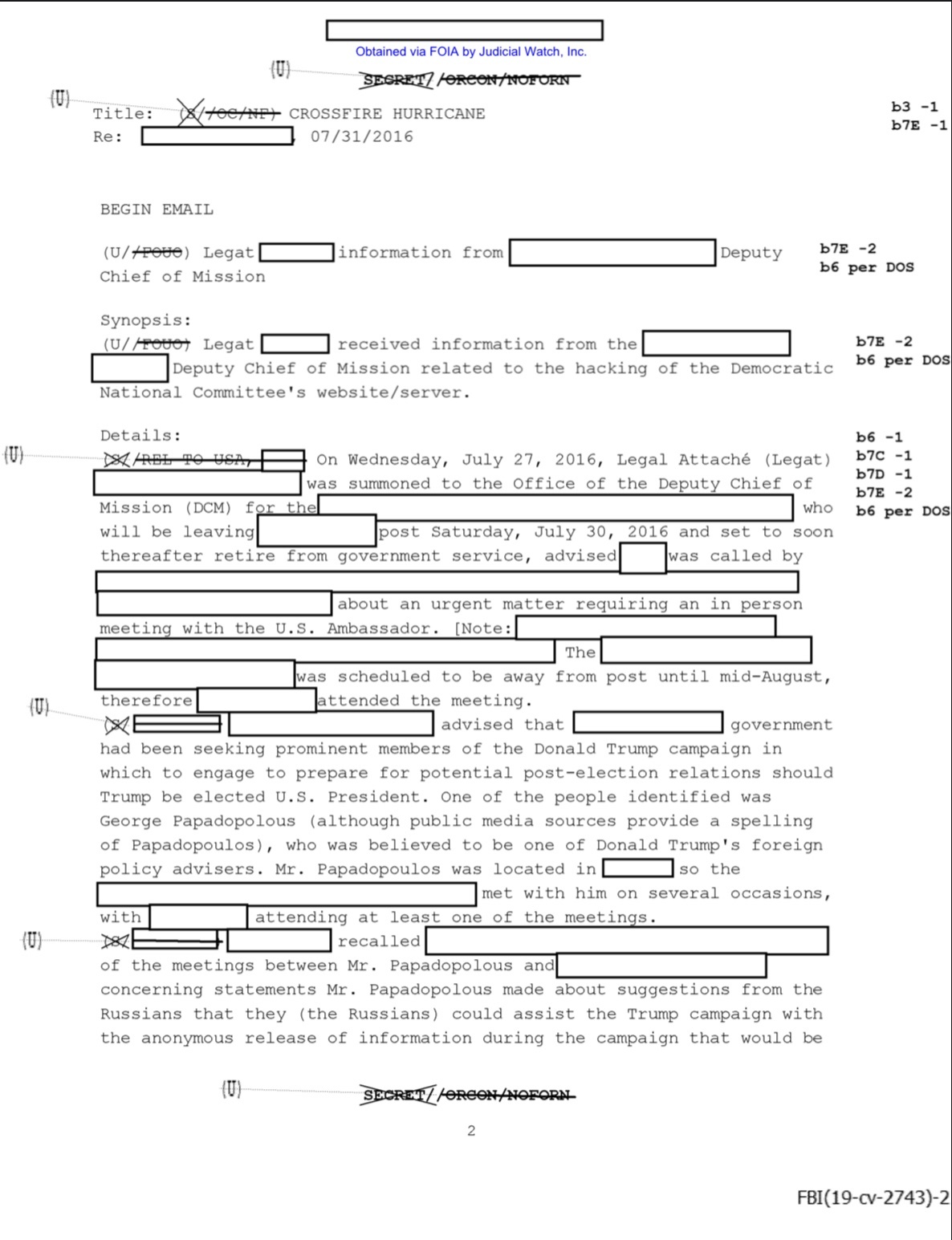 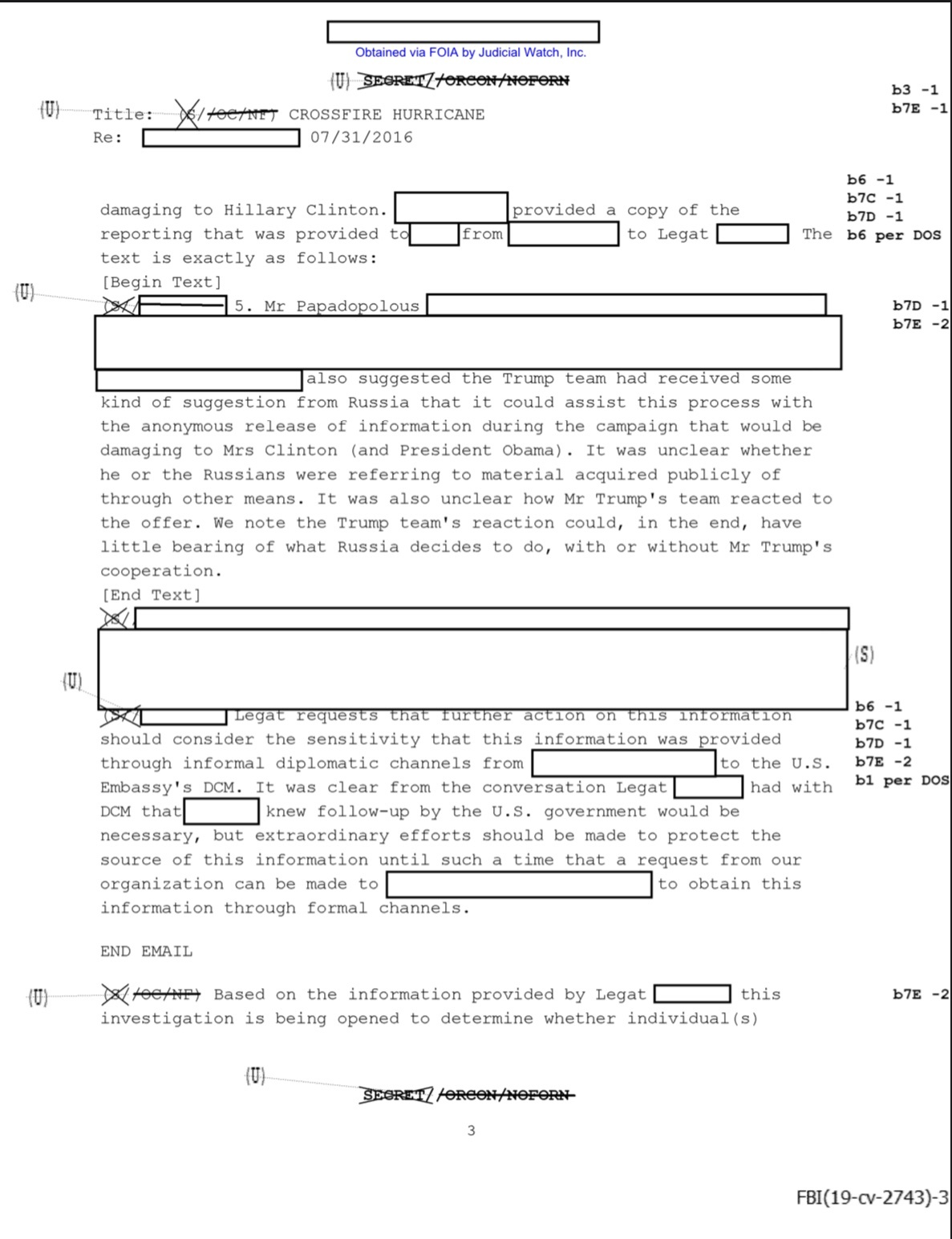 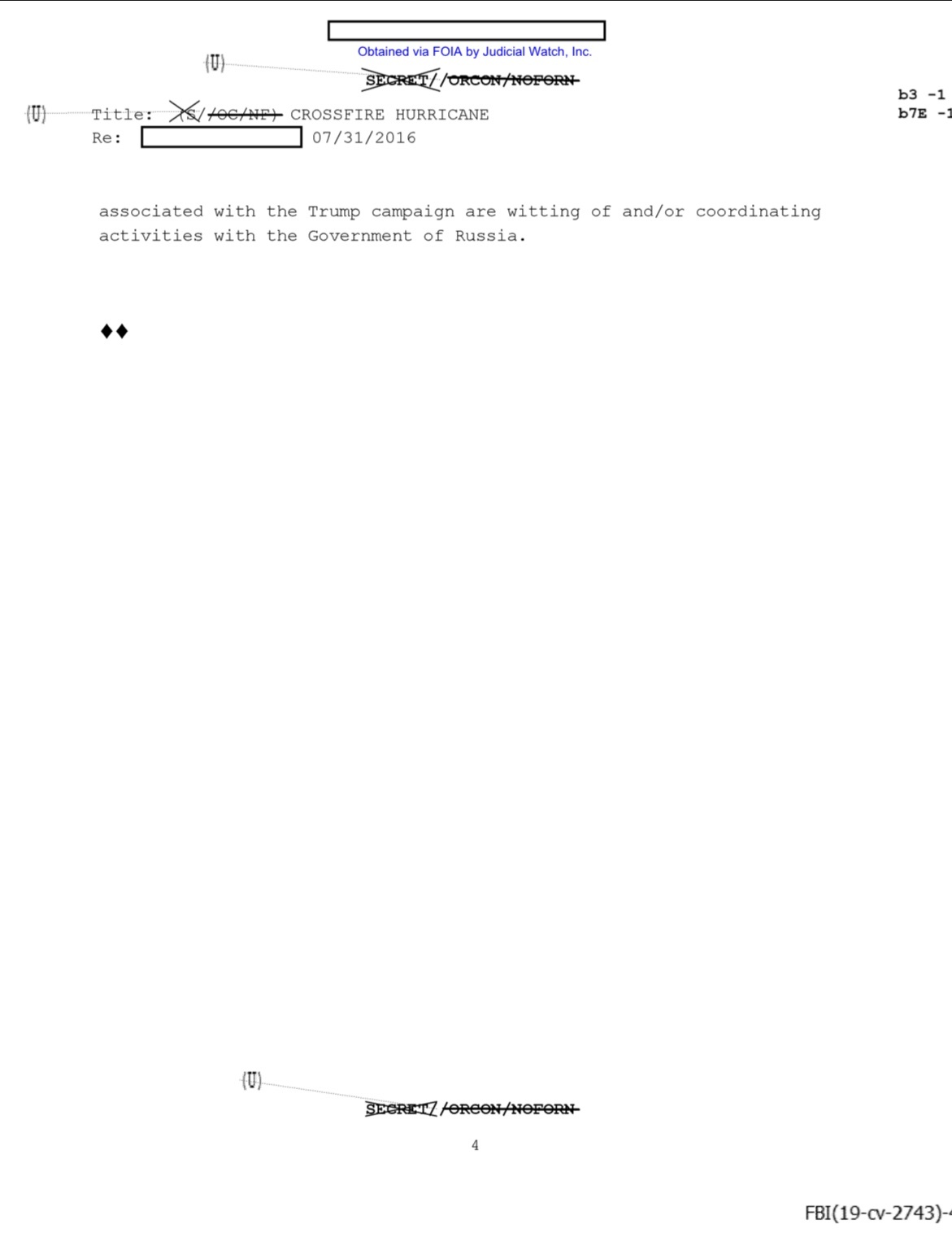