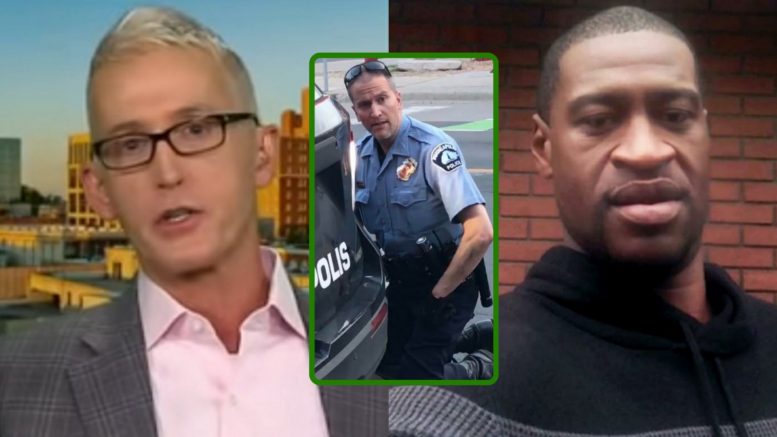 Trey Gowdy strongly believes the officer in Minnesota who held his knee against George Floyd’s neck before Floyd died committed “murder,” and is surprised that the officer hasn’t yet been arrested and charged for the crime.

Gowdy made the assessment while interviewing with Fox News host Martha MacCallum on Thursday.

Candace Owens On Why ‘The Media Does Not Want Justice For George Floyd’: They Want Black America “Angry, Rioting, Impoverished”

“I can tell you, take the uniform off of that police officer — just have a man with his knee on another man’s neck — there would already be an arrest,” Gowdy said.

“And I don’t need to wait on the feds,” he continued. “This is a violation of Minnesota state law. This is murder. This is either murder one, two or three under Minnesota law, but it’s one of the three.”

Do I’m happy that the feds are investigating civil rights violation, but you can take all the time for that. There’s no, really no reason this officer hasn’t been charged with either murder one thru three,” Gowdy declared. Video Below

“To see the officers hand in his pocket — he’s under no threat, no danger, there’s no resistance,” Gowdy said. And you literally got a guy with his life sapping out of him and it is an Inherently dangerous act.”

So, it may not have been premeditated,” he added. “Take murdet one off, but it’s either murder two or murder three.”

“And I can tell you, in South Carolina, somebody would already be arrested,” Gowdy proclaimed. Video Below