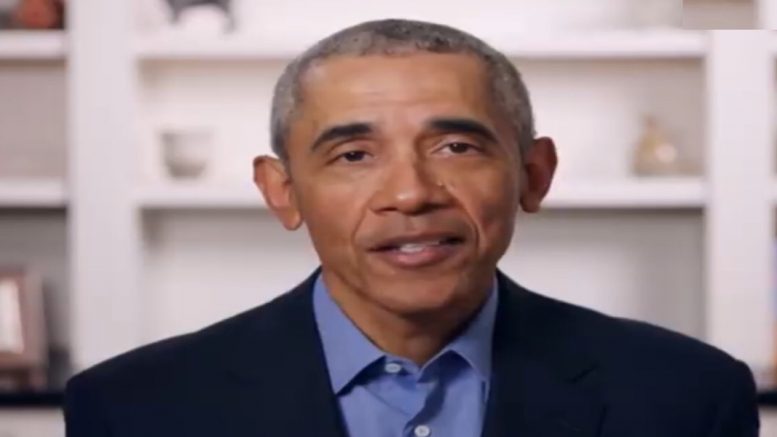 Former President Barack Hussein Obama broke in silence in a statement on Twitter Friday, following the death of George Floyd.

Obama began by sharing parts of conversations he had with friends over the past several days about Floyd’s death.

“This shouldn’t be ‘normal’ in 2020 America,” Obama wrote. “It can’t be ‘normal.’ If we want our children to grow up in a nation that lives up to its highest ideals, we can and must be better.”

Obama said this in reference to the point that many people in America would like life to go back to “normal” in the face of the coronavirus pandemic. But, he wrote, “being treated differently on account of race is tragically, painfully, maddeningly ‘normal'” for millions of Americans, Yahoo News reported.

This difference, he wrote, comes “whether it’s while dealing with the health care system, or interacting with the criminal justice system, or jogging down the street, or just watching birds in the park.”

Obama also wrote, it is up to officials in Minnesota to thoroughly investigate and seek justice for Floyd’s death. But, he wrote, it is up to everyone “to work together to create a ‘new normal’ in which the legacy of bigotry and unequal treatment no longer infects our institutions or our hearts.” Continued Below

Floyd died after being apprehended by police Monday. A video that went viral shows an officer pinning his knee to Floyd’s neck as he is on the ground, saying, “I can’t breathe.” The four officers involved have been fired, and investigations are ongoing.

President Trump announced Wednesday night that he had ordered the FBI and the DOJ to investigate the killing, calling it a “very sad and tragic death,” but expressed outrage about the violent protests that followed.

CBS Minnesota WCCO 4 reported on Friday, the former Minneapolis officer, Derek Chauvin, has been arrested and taken into police custody. John Harrington, commissioner of the Minnesota Department of Public Safety, announced that Chauvin has been taken into custody in connection with the May 25 death. Continued Below

My statement on the death of George Floyd: pic.twitter.com/Hg1k9JHT6R