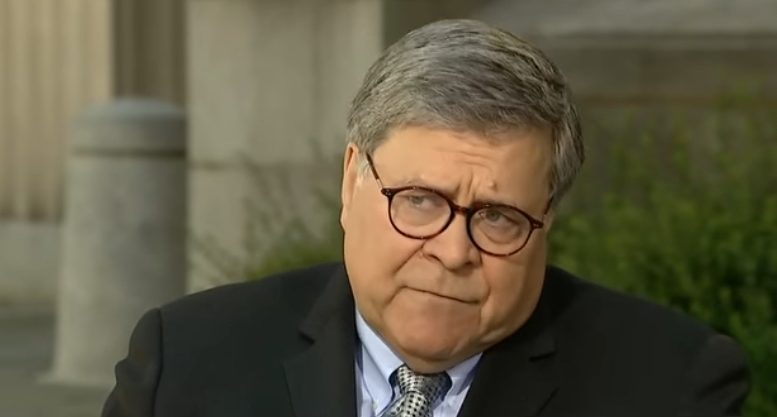 Attorney General William Barr signaled that “familiar faces” are being investigated as part of John Durham’s probe, and he reiterated that he is “very troubled” by what has been discovered thus far.

Barr made the assertions during a recently aired interview with Fox News host Bret Baier.

Leading up to who exactly Durham might be focusing on, Barr made clear that he believes people handling the probe into President Trump’s campaign ignored “exculpatory evidence” that should have stopped the investigation in it’s early phases.

After reiterating that former President Barack Obama and Vice President Joe Biden are not being looked into as part of Durham’s probe, Barr said, “I think the people that we’re looking at are not at that level.”

“But names we would be familiar with?” Baier interrupted.

“Some of them,” Barr replied. “Here’s the thing. For the first time in American history, police organizations and the national security organizations were used to spy on a campaign, and there was no basis for it. And the media largely drove that and all kinds of sensational claims were being made about the President that could have effected the election.”

Related Article: Jesse Watters: “Barr Was Just Given A Trove Of Smoking Gun Documents That Could Point Directly at Obama”

Moments later, Baier asked, “If you had to characterize the Durham report as you know it now, is it going to be eye-opening for Americans? Or is this going to be kind of a blip on the road?”

“I’m very troubled by what has been called to my attention so far,” Barr replied. “But I’m not going to characterize it beyond that.” Video Below