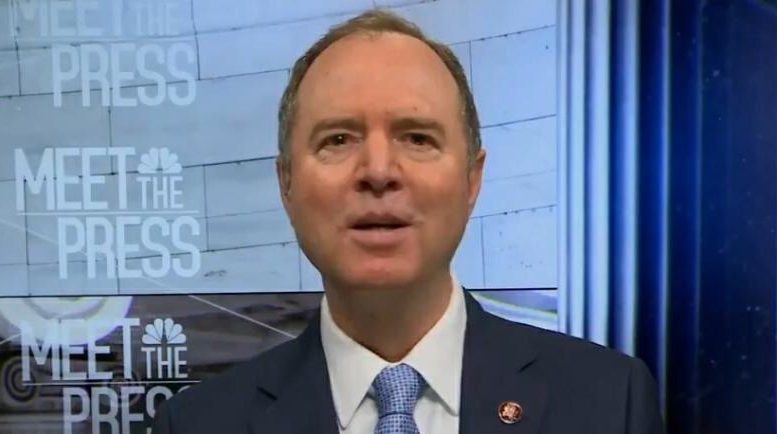 Schiff’s comments come as Bolton appeared in an ABC News interview, saying that the Schiff-lead impeachment hearings in February were “too politicized” to bother with.

“If you don’t act now, and you sort of wait to act and you wait to see what happens in November, is that too late?” NBC News host Chuck Todd asked. “If you believe he has done impeachable acts with the Chinese government, can you really wait until after the election to put Bolton under oath, to start the process?”

“I don’t think we should wait, if we conclude that there are important things he says that needs to be exposed to the public,” Rep. Schiff said. “The public needs to know exactly what they have in this president. A lot of it is not surprise. But at the same time, exposure of this president’s misconduct is the best way to protect the country. Congress can take steps to protect the country”.

Schiff claimed: “You know look, those comments that the president made when only the interpreter and President Xi [Jinping] was in the room, blessing the concentration camps of the Uighurs, it’s exactly why we want to know what he said to [Russian President Vladimir] Putin when he’s alone in the room with Putin.”

That was a reference to a paragraph in Bolton’s book, which White House officials call a fabrication: “At the opening dinner of the Osaka G20 meeting, with only interpreters present, Xi explained to Trump why he was basically building concentration camps in Xinjiang. According to our interpreter, Trump said that Xi should go ahead with building the camps, which he thought was exactly the right thing to do.

[The National Security Council’s top Asia staffer Matthew] Pottinger told me Trump said something very similar during the 2017 trip to China, which meant we could cross repression of the Uighurs off our list of possible reasons to sanction China, at least as long as trade negotiations continued.” Video Below

WATCH: After the latest revelations about Trump in former NSA John Bolton’s book, @RepAdamSchiff says the “exposure of this president's conduct is the best way to protect this country." #IfItsSunday

Schiff: Trump "is dealing away national security … in order to help himself.” pic.twitter.com/42MbM6fOfy

ABC News’ Martha Raddatz said Sunday of John Bolton’s interview: “He didn’t want to be a part of the impeachment hearing” because “he thought it was too politicized and he wouldn’t make a difference … I pushed back on him several times.”

John Bolton says "he didn't want to be a part of the impeachment hearing" because "he thought it was too politicized and he wouldn't make a difference … I pushed back on him several times,” @MarthaRaddatz says on her exclusive interview with Bolton. https://t.co/CH7EjkBy1g pic.twitter.com/X25fnTqr6G

Bolton, however, admitted in the past that he would be more than willing to lie if he felt it was in the nation’s best interest.

“If I had to say something I knew was false to protect American national security, I would do it,” Bolton said in an interview with Fox Business in 2010.

(Related: Schiff Urges Congress To ‘Do What They Can To Constrain’ Trump Through The Remainder Of His Presidency)