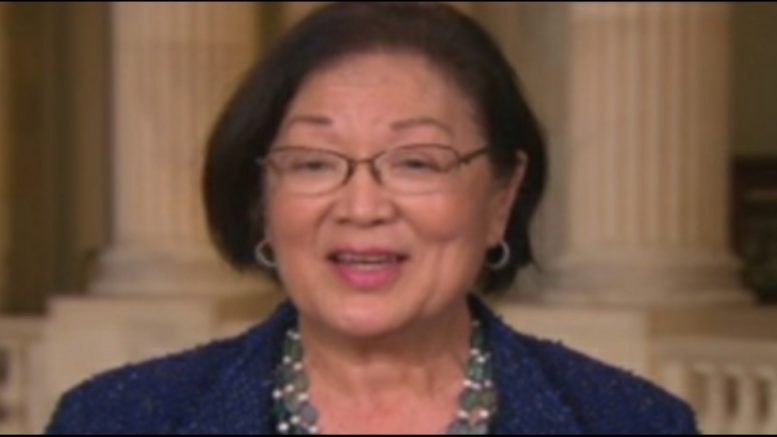 Senator Mazie Hirono thinks Americans should “rise up” to stop the process of filling Supreme Court Justice Ruth Bader Ginsburg’s seat in wake of her death.

The Democrat senator accused President Trump and the GOP of rushing to confirm a nominee before November 10, when the high court is expected to hear arguments in a case challenging the constitutionality of Obamacare.

Hirono is among several Democrats who have threatened President Trump and the GOP with repercussions if they follow through with the confirmation process, some of which include packing the high court with more justices and possibly impeaching the president.

“Is there anything given your views on this that you can do?” CNN’s Pamela Brown asked Sen Hirono on Thursday afternoon.

Sen. Hirono replied, “One of the biggest things I’m doing is to lend my voice to the American people that their health care is in jeopardy and they should rise up and say, ‘Wait a minute. This whole Supreme Court nomination process shouldn’t even be happening right now.'” Video Below