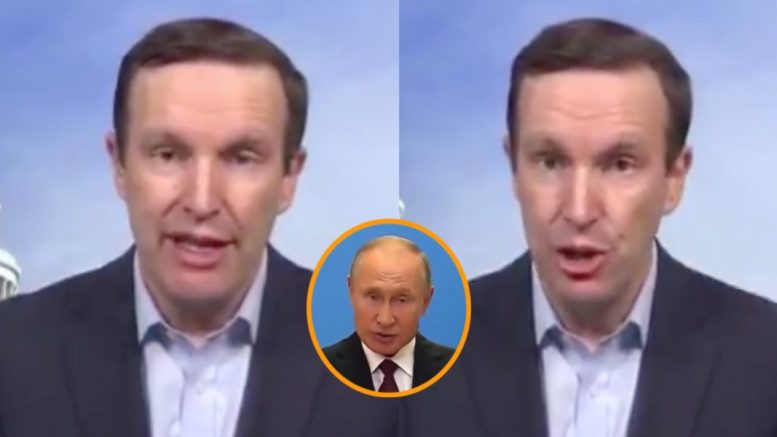 Senator Chris Murphy (D-CT), during a Friday CNN interview, claimed that because President Donald Trump tested positive for the coronavirus, he will be absent from the campaign trail and will rely more on Russian President Vladimir Putin to act as a “surrogate” for his reelection campaign.

When asked about Russian efforts to help President Trump’s reelection campaign, Senator Murphy alleged that the Russian operation is “much bigger and bolder and smarter than it was in 2016,” and the United States must now be “much more serious about the Russian threat given today’s news.”

“If President Trump can’t be out there on the campaign trail for the next two weeks, then he’s going to rely on his surrogates and unfortunately one of his surrogates is Vladimir Putin,” the Connecticut Senator speculated.

“So you are likely going to see this campaign ramped up by Russia over the next few weeks to try to substitute for the president’s absence on the campaign trail,” Senator Murphy claimed without evidence.

“And my worry is that the intel agencies are not being clear to the American people about the size of the Russian operation and their clear desire to elect President Trump to second term,” he added.

President Trump announced in a tweet late Thursday night that he and First Lady Melania Trump tested positive for the coronavirus and were beginning a quarantining process. On Friday afternoon, the Commander in Chief left the White House, boarding Marine One to Walter Reed National Military Medical Center in Bethesda, MD for tests and evaluation as a precautionary measure. He is reportedly going to stay at Walter Reed for several days “out of an abundance of caution”. Video Below

"If President Trump can't be out there on the campaign trail for the next two weeks, then he's going to rely on his surrogates and unfortunately one of his surrogates is Vladimir Putin." pic.twitter.com/ZI5vlfk73T