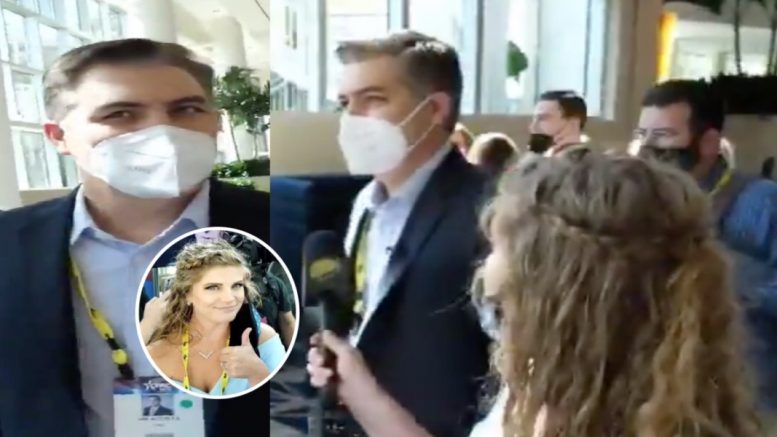 “Will you disavow and denounce Antifa?” Bennett inquired.

Jim Acosta told Kaitlin Bennett in response, “I already talked to you.”

“Well I’m asking– you’re just so handsome, I can’t get away from you, Jim,” Bennett replied, seemingly sarcastic.

“Will you denounce Antifa by name? The violence, denounce their violence– BLM and Antifa?” she pressed.

“I denounce all violence, of course,” Acosta said, without precisely naming BLM or Antifa. Continued Below

Bennett went on to ask the CNN correspondent, “Specifically, you like to talk about Trump supporters and their violence, why don’t you talk about the Democrat violence?”

“Do you guys know where they put the golden Trump [statue]? Acosta then asked, which prompted Bennett to wonder: “Why are you obsessed with [Trump]? You don’t ever stop thinking about him, do you?” Video Below

I ran into CNN's Jim @Acosta at CPAC, and he REFUSED to condemn Antifa.https://t.co/VrTIUbFbpt pic.twitter.com/aH1wAiZlFZ

Jim Acosta was referring to a patriotic, golden Trump statue seen at CPAC on Friday:

(Related: Jim Acosta Gets Confronted By Another Reporter At CPAC: “When Are You Guys Going To Start Covering Cuomo?”)