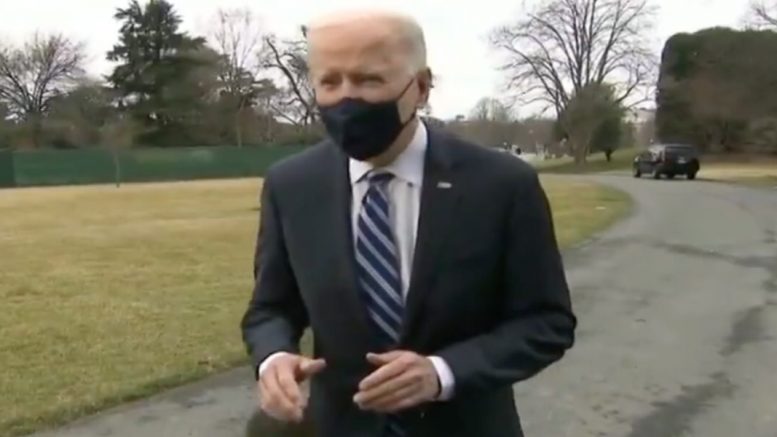 Joe Biden on Tuesday told a reporter that he has no plans to visit the US-Mexico border to witness firsthand the scale of the mounting illegal migrant crisis.

“Not at the moment,” Biden said, when asked by a reporter, “Do you have any plans to travel to the southern border?”

Reporter: "Do you have any plans to travel to the southern border?"

President Biden: "Not at the moment." pic.twitter.com/Sw5oIj5vKf

“We are on pace to encounter more individuals on the southwest border than we have in the last 20 years,” Mayorkas said.

In February, about 30 percent of the people crossing the border were under 18. There were 29,792 unaccompanied children detained without their parents — about five times more than in January — of whom 2,942 were under age 12, according to US Customs and Border Protection. The overall number of people apprehended along the Mexican border increased to more than 100,000 in February, a 28 percent increase from January, New York Post reported. Continued Below

Biden halted construction of his predecessor’s Mexico border wall and issued an order affirming the 2012 Deferred Action for Childhood Arrivals program, which gives work permits and protection from deportation to people brought illegally to the US as minors.

Biden also proposed legislation to create a path to citizenship for the estimated 11 million illegal immigrants in the US. House Democrats plan votes Thursday on bills to offer legal status to farmworkers who currently lack government permission to work and to allow a path to citizenship to people brought illegally to the US as minors.

Meanwhile on Tuesday, the 45th President sent out an email statement that read: “Biden is going in the absolute wrong direction. Trump had it right at the border, Biden’s got it wrong.” — Governor Ron DeSantis of Florida. View the full story here. 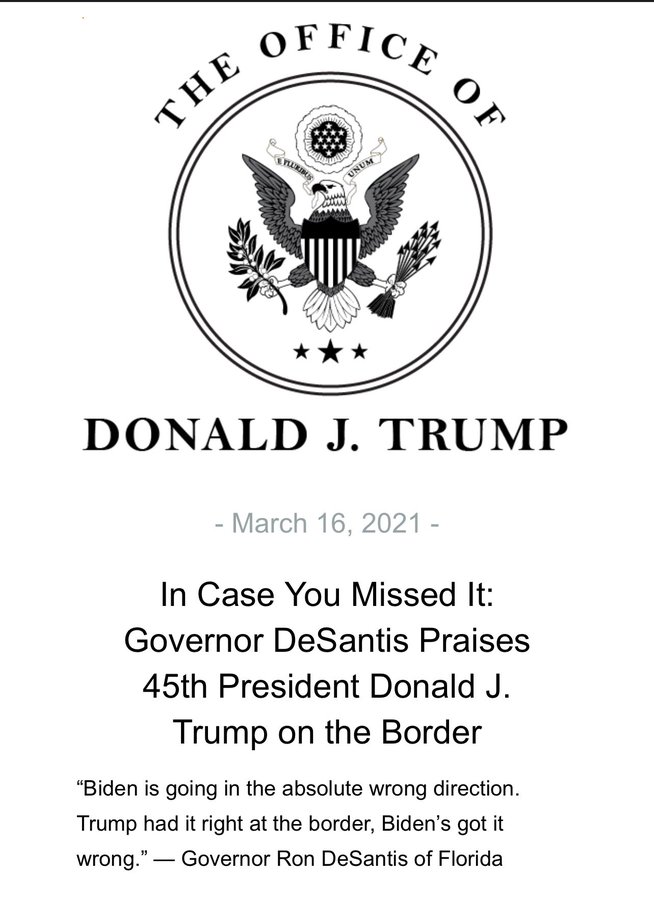 In January before leaving office, former President Donald Trump visited the southern border in Alamo, Texas and warned of the dangers to come under the Biden administration:

In January, Trump went down to the border to warn Biden not to reverse his policies

“At this moment, smugglers and coyotes are preparing to surge the border if our policies are loosened or removed”

“This is an entirely preventable tragedy— it’s waiting to happen” pic.twitter.com/6jaWhgYazs