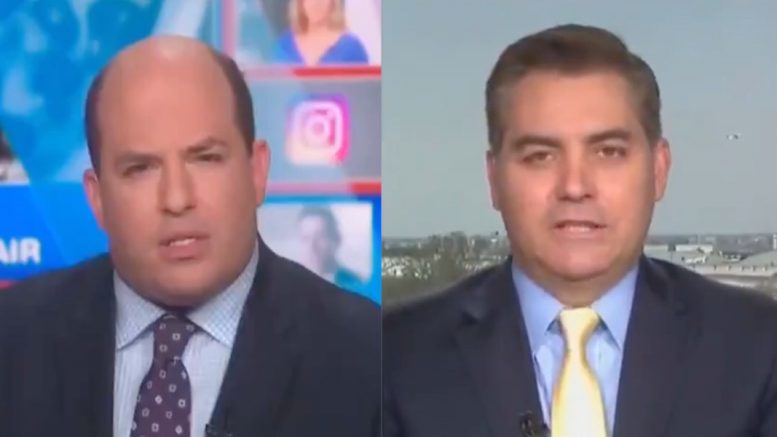 During a Sunday airing of CNN’s “Reliable Sources”, Jim Acosta claimed that D.C. journalists are “dealing with some post Trump stress disorder” now that Donald Trump is out of office.

Host Brian Stelter asked Acosta “Do you feel like your rundown, your lineup is really different than it would have been in the Trump years?”

“I think we’re all dealing with some post-Trump stress disorder,” Jim Acosta admitted.

“But in terms of stacking shows and what comes first, what comes second, Brian, you and I both know this all too well. We did cover the news before Donald Trump came along, and we did it pretty well. There’s going to be plenty of stuff in the news out there, and it doesn’t have to have Donald Trump in the headlines for us to continue to exist,” Acosta alleged.

NEW: CNN's Brian Stelter and Jim Acosta discuss their struggles with "post-Trump stress disorder," and admit that journalists are having a hard time finding interesting content with Trump no longer in the White Housepic.twitter.com/BHwlYWalPY

Acosta’s “post Trump stress disorder” comments come after he spent years in the the White House press pool as one of the most adversarial reporters covering the Trump administration. This resulted in Acosta becoming one of the most criticized and derided reporters among Trump supporters, and that doesn’t seem likely to change any time soon, Mediaite reported.

(Related: Bennett To Acosta At CPAC: “Why Are You Obsessed With [Trump]? You Don’t Ever Stop Thinking About Him, Do You?”)