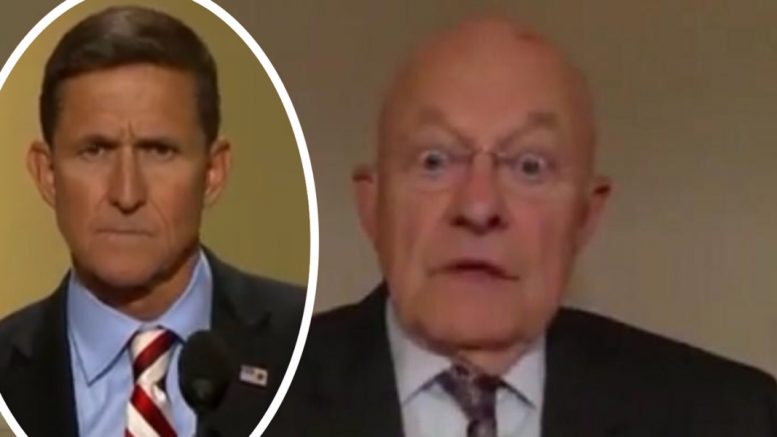 During his interview, James Clapper was asked why he had made three specific requests to unmask the name of an individual on December 2, December 28, and January 7.

“No, I don’t. I don’t recall what prompted a request that was made on my behalf for unmasking,” Clapper claimed. “I don’t remember the specifics, or what it was in the second report that was suggestive enough that I was concerned and felt that I should know who was actually involved.”

Asked if he saw any “direct evidence” of collusion between General Flynn or any Trump campaign officials with the Russians when he was the Director of National Intelligence, Clapper replied, “No, I did not. Collusion is not a formally defined term, certainly in a legal sense.”

Pressed on whether the “absence of evidence of collusion” indicated that no requests for unmasking should have happened, Clapper said, “There could have been other reasons why you would unmask. When you read the report, it may not tell you what exactly is going on, so whether it was collusion or what, you’re trying to determine [is] does this pose a threat to national security?” Continued Below

Berman pointed out that leaking a classified phone call is illegal and asked Clapper specifically whether he leaked Flynn’s call to David Ignatius of The Washington Post.

“If you exhaust classified information, absolutely,” Clapper said of leaking being illegal and told the CNN anchor that he “did not” leak.

Clapper was also asked whether he’ll accept Sen. Lindsey Graham’s call to testify before the Senate Judiciary Committee. The former Director of National Intelligence said he would “be happy to come after I’ve been vaccinated for COVID-19,” but noted he could do it remotely. Video Below

Meanwhile, on Thursday, former CIA Director John Brennan vented his anger toward President on Twitter, claiming: “@realDonaldTrump’s propaganda & disinformation machine, which operates according to a despot’s playbook, is the most aggressive & odious in history. It far surpasses even Russia’s ability to trample the truth, harm U.S. security, & undermine America’s reputation worldwide.”

Clapper: I was unmasking Americans “once or twice a week” but “I don’t recall what prompted a request that was made on my behalf for unmasking” Flynn. pic.twitter.com/Tq0G8HlkhA

As Clapper is asked about leaking to the press, his connection goes dead pic.twitter.com/k0HOygTBL9

Clapper, asked whether he’ll accept Sen. Graham’s call to testify: "Given my age demographic, I’d be happy to come after I’ve been vaccinated for Covid-19 … I don’t particularly want to put my life or my wife’s in jeopardy” [says remote testimony possible] pic.twitter.com/IpVPItraIi

(Related: James Clapper: ‘It’s Disconcerting To Be Investigated For Having Done Our Duty & What We Were Told To Do By The President’)