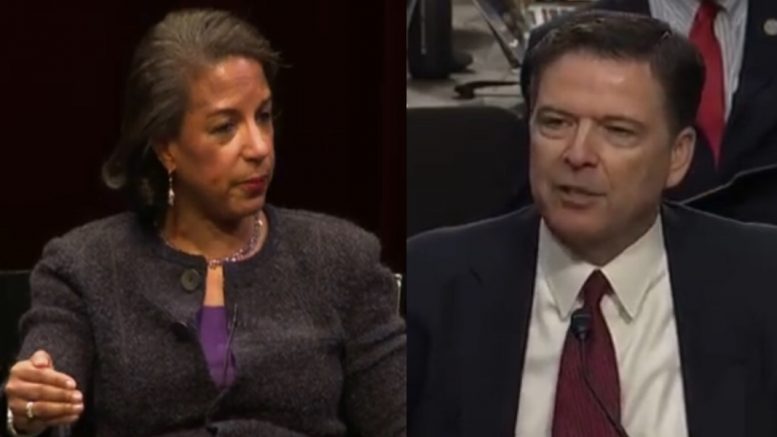 Former FBI Director James Comey suggested to then-President Barack Obama in a January 5, 2017, meeting that the National Security Council might not want to pass “sensitive information related to Russia” to then-incoming national security adviser Michael Flynn, according to a newly declassified email that Flynn’s predecessor sent herself on Inauguration Day, Fox News reported.

The note from Susan Rice was declassified by Acting Director of National Intelligence Richard Grenell and transmitted to the Justice Department.

In the email, Rice wrote that Comey shared concerns about Flynn’s contacts days earlier with Sergey Kislyak, the Russian ambassador to the United States. Rice said that Comey asserted in the meeting that he would conduct the FBI’s investigation into Trump associates “by the book.”

“From a national security perspective, Comey said he does have some concerns that incoming NSA Flynn is speaking frequently with Russian Ambassador Kislyak,” Rice wrote in the email. “Comey said that could be an issue as it relates to sharing sensitive information.”

Rice wrote that Obama had asked Comey if the National Security Council “should not pass sensitive information related to Russia to Flynn.” Continued Below

“He added that he has no indication thus far that Flynn has passed classified information to Kislyak, but he said that ‘the level of communication is unusual.’”

A day before the White House meeting, a Jan. 4, 2017 message from then-FBI agent Peter Strzok to an unidentified individual: “Hey don’t close RAZOR,” referring to “CROSSFIRE RAZOR” the codename for the FBI’s investigation into Flynn, was revealed last month in unsealed documents. Continued Below

A week after the White House meeting, a senior U.S. government official apparently leaked to the Washington Post that Flynn had spoken by phone with Kislyak, possibly about U.S. sanctions against Russia.

On January 12, 2017, Washington Post columnist David Ignatius reported that Flynn had phoned Kislyak “several times on Dec. 29, the day the Obama administration announced the expulsion of 35 Russian officials as well as other measures in retaliation for the hacking.” Ignatius asked whether Flynn violated the “spirit” of the Logan Act — an obscure statute that has never been used successfully in a criminal prosecution, Fox News reported.

Andrew McCabe, who served as deputy director of the FBI under Comey, told the House Intelligence Committee on Dec. 19, 2017, that he authorized a White House interview with Flynn to discuss Kislyak because of the report in the media about their phone call, Daily Caller reported. Continued Below 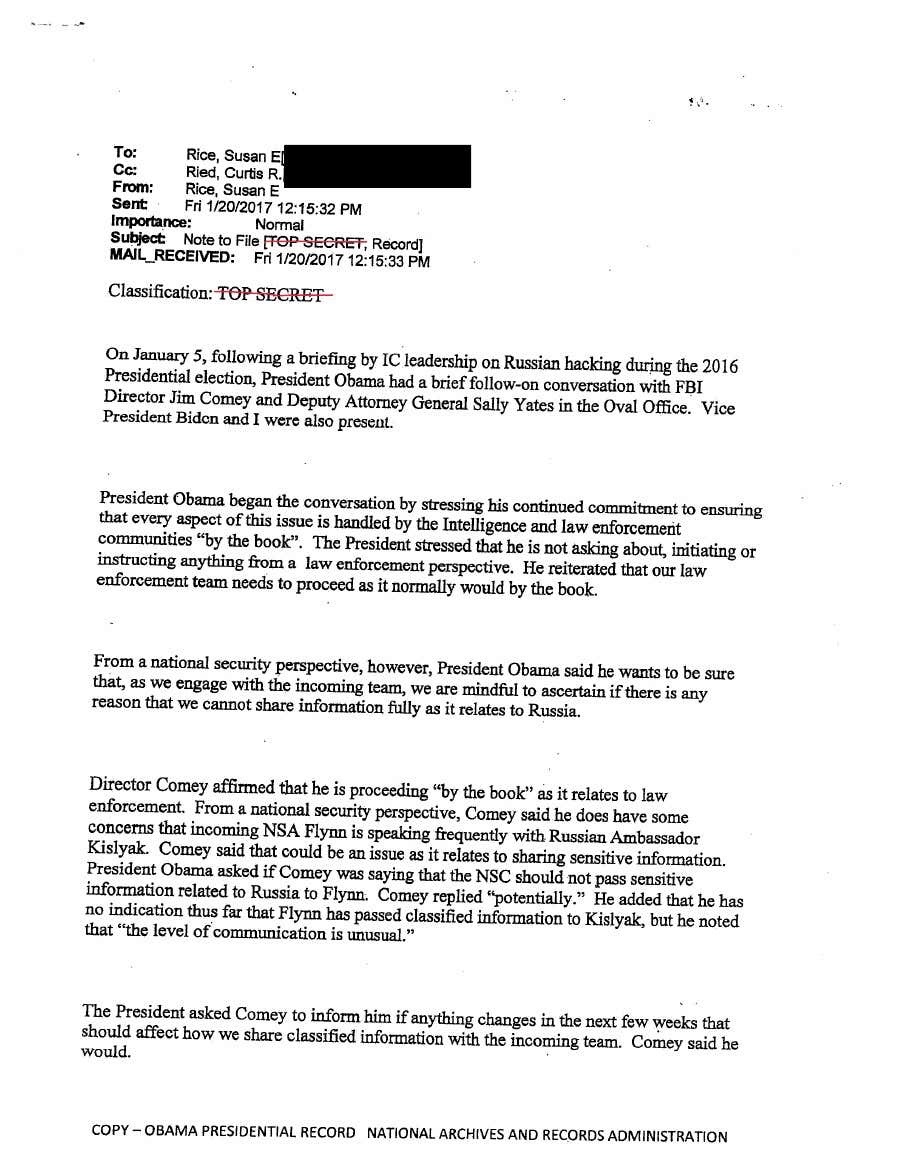 On January 4, the FBI magically decides to not close its case against Flynn.

On January 6, Comey briefs Trump on the dossier just so CNN can report on it.

It was a coup. https://t.co/3bPeIeeCZy