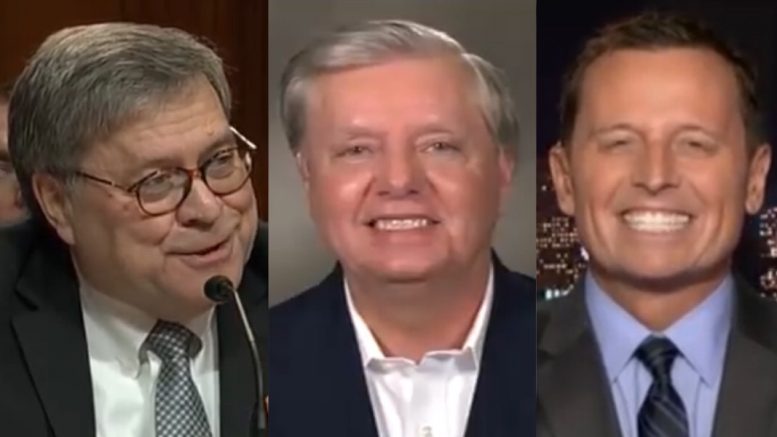 On Tuesday, Senate Judiciary Committee Chairman Lindsey Graham (R-SC) sent a letter to Acting Director of National Intelligence Richard Grenell and Attorney General William Barr demanding that the Committee be provided with the names of any official who had made a request to unmask the identity of individuals associated with the Trump campaign or transition team by former Obama administration officials.

“Given the extensive number of requests for the unmasking of General Flynn’s name during this short time period, it raises the question of whether these or other officials sought the unmasking of the identities of other individuals associated with the Trump campaign or transition team,” Senator Lindsey Graham wrote.

In his letter to Grenell and Barr, Senator Graham is seeking the following:

A list of names of any officials who requested, between November 8, 2016, and January 31, 2017, to unmask the identities of those associated with the Trump campaign or transition team, including but not limited to Donald Trump, Donald Trump, Jr., Ivanka Trump, Jared Kushner, Corey Lewandowski, Paul Manafort, Steve Bannon, Kellyanne Conway, Sam Clovis, Chris Christie, Carter Page and George Papadopoulos, and the reason given for any such request.

An explanation as to why the list released on May 13th by the Office of the Director of National Intelligence did not contain a record showing who unmasked General Flynn’s identity for his phone call with Ambassador Kislyak. Continued Below 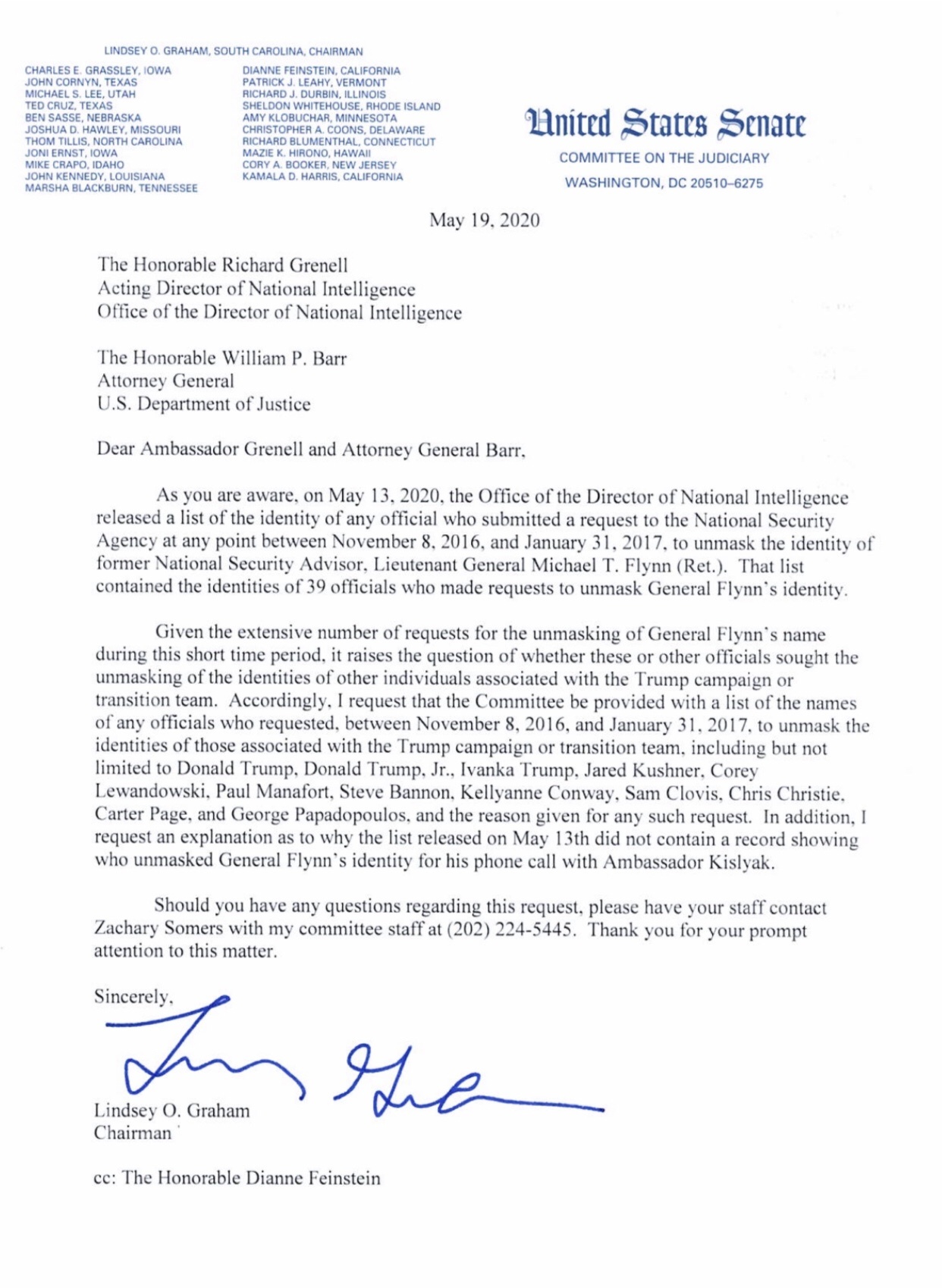 On Monday, Senator Graham announced in a press release Monday that his Committee would debate and vote on a subpoena authorization related to the FISA abuse investigation and oversight of the Crossfire Hurricane investigation.

The Committee is expected to vote on the subpoena authorization at its June 4, 2020, executive business meeting. Continued Below

According to the Monday press release, Senator Graham’s subpoena authorization covers a number of documents, communications, and testimony from witnesses, including James Comey, Andrew McCabe, James Clapper, John Brennan, Sally Yates, and others.

(Related: Sen. Graham: “If I Find Any Evidence Of Criminal Wrongdoing” By Obama “I’ll Turn It Over To The Prosecutor”)