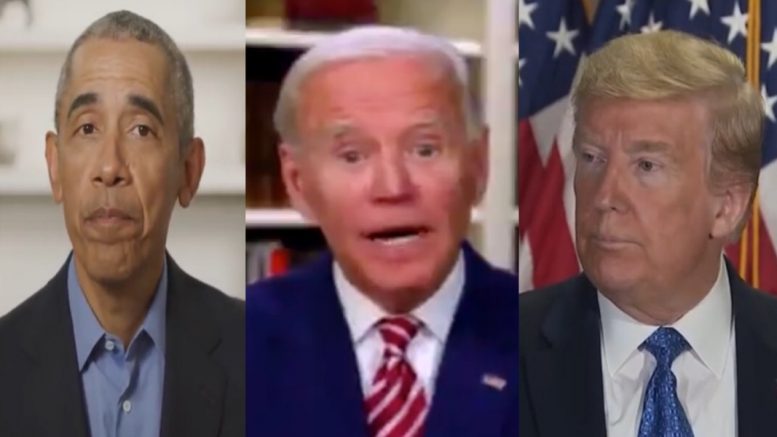 The tradition of presidents unveiling the official White House portrait of their predecessor will not take place under President Trump, according to NBC News.

NBC’s sources said that former President Barack Obama will forgo the ceremony as long as Trump is in office and is willing to potentially wait until 2025 to have his and former First Lady Michelle Obama’s portraits revealed in the East Room. The Obamas began the customary consultation process for the portraits, different from those revealed in 2018 at the National Portrait Gallery, shortly after leaving office in 2017, per Daily Caller.

“You’ve got a president who’s talking about putting the previous one in legal jeopardy, to put it nicely. We have not seen a situation like that in history,” presidential historian Michael Beschloss told NBC. “It takes antipathy of a new president for a predecessor to a new level.”

This will be the first time since Ronald Reagan’s first term in office that the current president did not host his predecessor– at the time Jimmy Carter –for such an unveiling ceremony, per Daily Caller.

During a virtual Townhall on Tuesday, Democratic presumptive nominee, Joe Biden, falsely claimed that President Trump “is not going to allow Obama’s picture to be hung”.

“And he also, by the way, I just read, he’s not going to allow President Obama’s picture to be hung in the White House as long as he’s president,” Biden claimed of President Trump. Video Below

In the same townhall, Biden was asked if he watched Tara Reade’s interview. He said he did not.

Joe Biden says he didn't watch @ReadeAlexandra's interview with @megynkelly because he didn't want to.

Then adds, "every woman has a right to be heard." 🤔 pic.twitter.com/nOmLrOT71O

Biden also vowed to not fire an inspector general if elected, but got reminded that he did exactly that when he was vice president, claiming: “I don’t recall”.

Joe Biden pledges to not fire an inspector general, but then gets reminded that he did exactly that when he was vice president.

"I don't recall that" and "I don't ever remember." Of course! pic.twitter.com/oD1guyqo5n