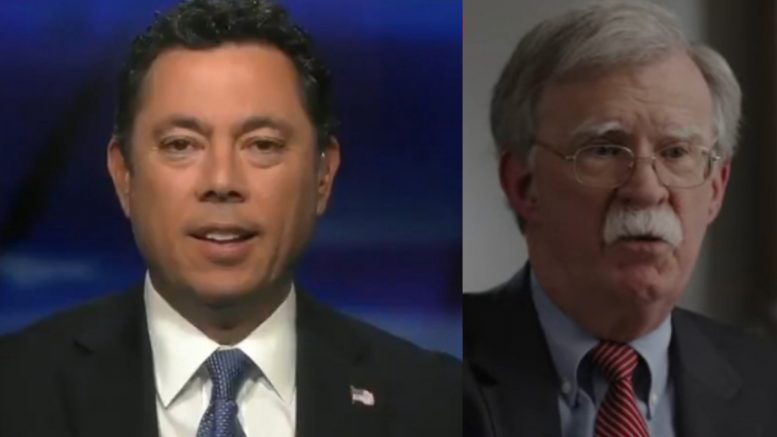 Former U.S. Congressman Jason Chaffetz weighed in on former National Security Advisor John Bolton “ranting and raving” while trying to publish his new book, which is set to be released in coming days, pending a lawsuit from the Trump Administration.

Bolton’s book, which is titled “The Room Where It Happened,” is expected include an “explosive account” of the Ukraine scandal at the center of President Trump’s impeachment trial, according to the New York Times.

On Wednesday, Chaffetz told Lou Dobbs that he is “terribly disappointed” in John Bolton because “he was supposed to be the career professional who could come in there as an adult and be the National Security Advisor.”

“I gotta tell you, the antics and the ranting and raving that he’s doing in trying to publish this book to line his own pockets at the expense of national security — that’s just not acceptable,” he added.

Chaffetz went on to point out that since Bolton left his post, there has been far less leaking going on. He speculated that the leaks may have, in fact, been coming from Bolton.

“Maybe we’re looking at the source of those. It’s at least something they should look at in terms of the leaking,” he concluded. Video Below

Bolton’s Betrayal: @jasoninthehouse says former national security adivser John Bolton is publishing his anti-Trump book in order to line his own pockets at the expense of our national security. #MAGA #AmericaFirst #Dobbs pic.twitter.com/PYufOAgxBc