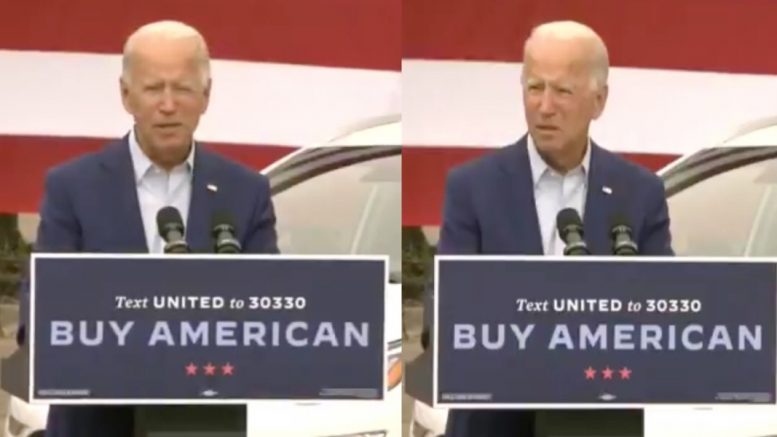 Biden’s speech came after he unveiled a plan Wednesday morning “to ensure the future is ‘made in all of America’ by all of American’s workers”.

Biden, in Michigan, said he will punish companies that move jobs overseas to produce goods or services to bring back into the U.S. and use tax credits to encourage businesses to create jobs in the U.S., picking up a theme President Donald Trump used in the last election to help him win Michigan. 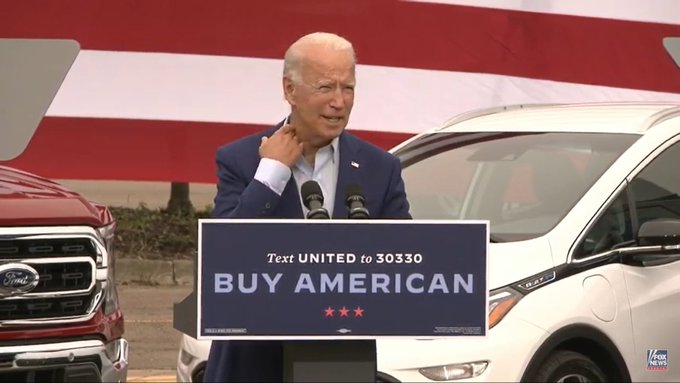 Republicans criticized Biden over his visit Wednesday to Warren, saying he represents his party’s failure in the past to protect American workers, including auto workers.

Joe Biden voted in favor as a U.S. senator from Delaware the North American Free Trade Agreement, or NAFTA, which was signed into law in the 1990s. Donald Trump ran on a promise to renegotiate the deal and did so, signing a new U.S.-Mexico-Canada Agreement (USMCA) into law early this year. Continued Below

(Related: Joe Biden: “In The First 100 Days Of My Administration, No One Will Be Deported At All”

“Everyone said there was no way he would renegotiate NAFTA… Where others have failed to get a better deal for Michigan workers, President Trump has succeeded,” Rep. John Moolenaar (R-MI) said.

Trump did follow through with that campaign promise, which could play especially well in Michigan, where unions and workers have charged for years that NAFTA sent manufacturing jobs to lower-wage workers in Mexico. The USMCA also includes provisions that could result in more work coming to American auto workers, MSN reported. Continued Below

Biden instantly got roasted on Twitter after showcasing his “Buy American” slogan:

Joe Biden: “And what makes his wild claims and hopes, he now hopes we don’t notice what he said, or won’t remember, and when he does follow through, or doesn’t do, when follow through, the exact opposite” pic.twitter.com/R4JMZIArZi

Is it weird listing to @JoeBiden campaign against his own policies?

And, even more weird that he’s campaigning on @realDonaldTrump #MadeInAmerica platform?

Is it just me?

This is the guy that outsourced jobs to China for decades.

Now he stands behind a sign that was swiped from @realDonaldTrump’s campaign with #buyamerican.

He may have dementia, but the rest of us do not.

Joe, go back to the basement. pic.twitter.com/dkNQ2nJGGQ

Turned on news and #JoeBiden is talking. He keeps mentioning Made in America, isn't that what Trump ran on. 🇺🇸❤️

While @JoeBiden was still expressing his support for NAFTA, President Trump has been working to bring jobs back to America.

From day one of his administration, President Trump made Buy American, Hire American a key priority

Biden supported China’s entry into the World Trade Organization and led the efforts to denote China with “Most Favored Nation” trading status, a move that decimated 3.7 million American jobs.

For years, Biden defended China, saying “It is in our self-interest that China continue to prosper,” that “China’s not a problem,” and that China is “not bad” and “not competition” for America.

Where have I seen that before, Joe? 🤔 pic.twitter.com/p88eZvYAj1

Joe Biden hurries from the podium before he has to answer questions on the economy.

REMINDER: Biden is to blame for 60,000 American factories closing and approximately 3.5 million jobs lost after he helped China get into the WTO.
pic.twitter.com/ooQ7cZh5tj

(Related: Joe Biden: “The Only Person Calling To Defund The Police Is Donald Trump… He’s Pathological”)