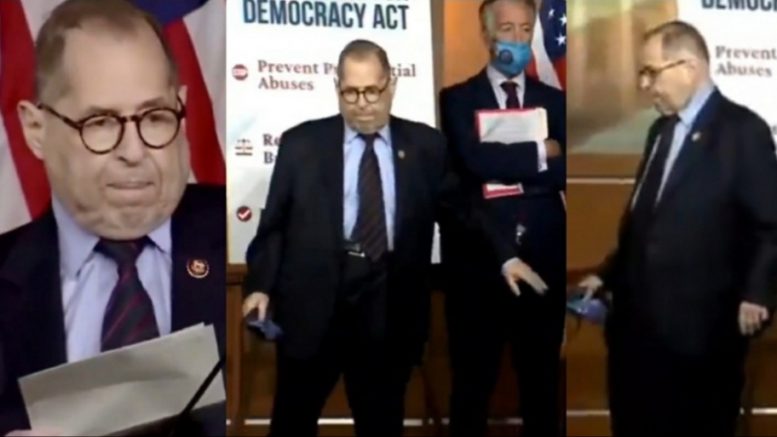 House Judiciary Chairman Jerry Nadler appears to have struggled to scoot away from the podium on Wednesday after delivering remarks during House Democrats’ press conference on Wednesday.

The situation was caught on camera and uploaded to social media, which immediately led to new speculation surrounding the congressman’s health.

Related Article: Watch: Before Speaking To The Press, Jerry Nadler Struggles To Remove His Mask

After getting his turn to speak to reporters, Nadler is seen grabbing the podium with one hand and hobbling over to make room for House Speaker Nancy Pelosi.

The expression on the chairman’s face looked as if was sick to his stomach as he folded up his paper and slowly inched away off to the side.

Here Are Some Clips Of The Incident:

Jerry Nadler is not OK. pic.twitter.com/bcuLrAD8XI