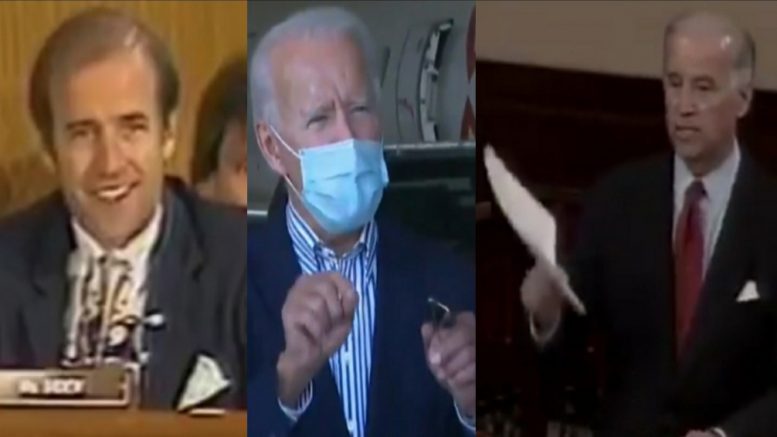 Newly resurfaced videos show that Joe Biden condemned the idea of Supreme Court packing at two different points of his career, as he now refuses to give his stance on the subject.

Biden and his running mate Kamala Harris have both repeatedly dodged any question about court packing, which is a tactic that has been threatened by Democrats if Republicans confirm Judge Amy Coney Barrett to the high court prior to the 2020 election.

Related Article: Joe Biden On Whether Voters ‘Deserve To Know’ If He Will Pack The Supreme Court: “No, The Don’t”

Fast forward to 2020, and now Joe Biden says he won’t give his opinion on court packing until after the election:

Why is it such a hard question to answer, Joe?

In ending, here is Leo Terrell’s take on Biden’s refusal to answer questions about court packing:

Good Sunday: @JoeBiden refusal to answer the question about #courtpacking should tell you he plans to "PACK THE COURT" There goes your #SecondAmendment . #VoteTrump2020ToSaveAmerica @realDonaldTrump @seanhannity @FoxNews @OANN @newsmax