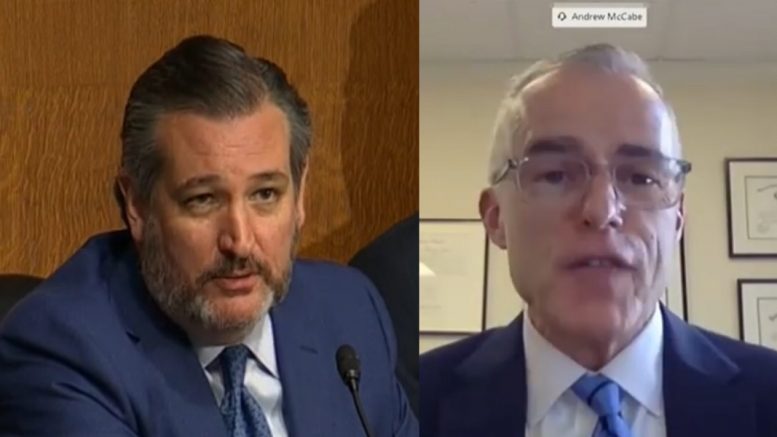 The Logan Act is an obscure statute that has never been used in a criminal prosecution; enacted in 1799, it was intended to prevent individuals from falsely claiming to represent the United States abroad. It was discussed by Joe Biden and other top Obama officials as a possible legal strategy to go after retired former National Security Advisor Army Lt. Gen. Michael Flynn in the final weeks of the Obama administration.

Handwritten notes unsealed in April– written by the FBI’s former head of counterintelligence Bill Priestap, indicated that agents planned to get General Flynn “to admit to breaking the Logan Act” and openly indicated that their “goal” was “to get him to lie, so we can prosecute him or get him fired”.

The bombshell documents strongly suggested the agents weren’t truly concerned about Flynn’s intercepted contacts with then-Russian Ambassador Sergey Kislyak, except as a pretext. Former President Obama personally had warned the Trump administration against hiring Flynn and made clear he was “not a fan,” according to multiple officials.

Senator Ted Cruz Cruz told Andrew McCabe during the hearing Tuesday, that Democratic political commentator and former Obama White House employee Ben Rhodes said that Joe Biden is “having phone calls” with foreign leaders about “the agenda they’re going to pursue January 20th”, and wondered if Biden violated the Logan Act by making the calls Ben Rhodes has now said he is.

“Ben Rhodes, the former deputy national security adviser to President Obama said that foreign leaders are already having conversations with Joe Biden, quote, ‘talking about the agenda they’re going to pursue January 20th.’ Mr. McCabe, based on that testimony, do you believe Joe Biden is violating the Logan Act?” Senator Cruz asked, which ultimately, McCabe refused to answer Cruz’s question. Video Below

This is the conversation Senator Ted Cruz was referring to with Andrew McCabe:

.@brhodes: Biden is already “having phone calls” with foreign leaders about “the agenda they’re going to pursue January 20th” pic.twitter.com/ynHspaEDxE

“You authorized using [the Logan Act] to go after General Flynn as part of a political persecution!” Senator Ted Cruz told McCabe.

Biden: “I’ve had the opportunity to speak with six world leaders. The response has been fulsome, energetic.” pic.twitter.com/qOO3R57uMz

(Related: Unsealed Notes Reveal FBI’s ‘Goal’ Of Michael Flynn Interview: “Admission Or Get Him To Lie… Get Him Fired”)