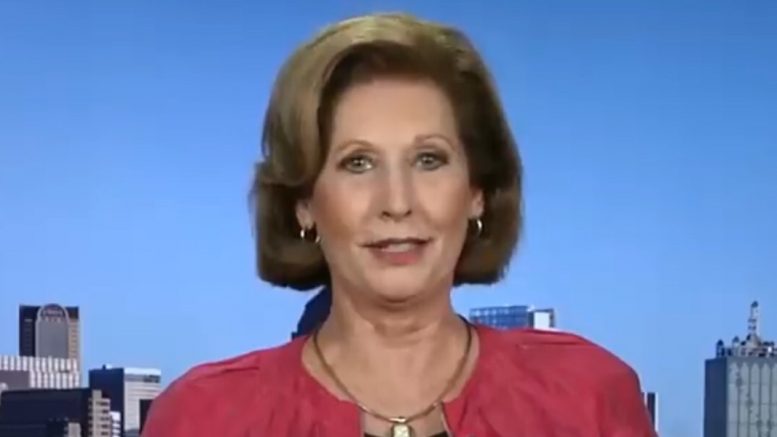 Unlike Dominion, whose technology was used in 24 states, Smartmatic’s participation in the 2020 election was restricted to Los Angeles County, AP reported.

Smartmatic, which is based in London, said Trump’s lawyers and the Fox News anchors presented false conspiracy theories and accusations about the company’s role in the election that damaged its reputation, Los Angeles Times reported.

“The Earth is round. Two plus two equals four. Joe Biden and Kamala Harris won the 2020 election for President and Vice President of the United States. The election was not stolen, rigged, or fixed,” the suit says in part. “These are facts. They are demonstrable and irrefutable.”

Meanwhile, attorney Lin Wood on Thursday afternoon wrote on Telegram, “Dominion recently sued truth-giver Sidney Powell for $1.3 Billion. Smartmatic has now sued Sidney for $2.7 Billion. If 2-3 more lawsuits are filed against Sidney because she spoke the truth, I am afraid her retirement savings will be depleted by a little over 50 percent.”

“My advice to Sidney: offer to settle both cases for a total of 50 cents. That is 50 cents more than Dominion and Smartmatic will ever recover in these frivolous lawsuits. Dominion and Smartmatic can then donate the 50 cents recovered to Georgia Governor Brian Kemp. Brian will need some money soon for attorney’s fees. Or Brian could save it for bail. But the latter would be a bad choice as I do not believe bail is allowed in cases where the charge is treason,” Wood said.

Lin Wood on Thursday evening later announced, “BREAKING NEWS!!! Sidney Powell has informed me that she will NEVER agree to my suggestion that she pay Dominion and Smartmatic fifty cents to settle their collective $4 Billion defamation lawsuits. Her exact words were ‘they can pound sand.’ Man oh man, Sidney is one tough cookie. Dominion and Smartmatic better watch out. She is going to Kraken them.” Continued Below

Following Lin Wood’s posts on Telegram, attorney Sidney Powell responded in a statement on Telegram Thursday evening, stating that she “will mount a vigorous and truthful defense” and “bury them with the truth”.

“Thank you ALL for your unwavering support and concern in the face of the lawsuits against me by Dominion and Smartmatic. This is what the socialists/communists/fascists call LAWFARE at its very worst: Baseless headline-grabbing smears disguised in the form of lawsuits against which I assure you we will mount a vigorous and truthful defense that will boomerang on the likes of Dominion and Smartmatic as we bury them with the truth,” said Powell.

“When I am quiet, you know I am working. We have barely begun to fight. Remember, you always catch the most flack when you are right over the target. One thing that terrifies all the wrongdoers is the TRUTH. Go back and read the affidavit that I referred to when I spoke on Fox News or anywhere. https://www.defendingtherepublic.org/?page_id=986“, she wrote.

Ms. Powell also wrote on Telegram Thursday, “If you really want an eye-full about Dominion, watch the documentary Kill Chain on HBO and read all our exhibits at www.DefendingTheRepublic.org“.

She added, “By the way, assertions that all the cases were lost is false. Our Michigan case in the Supreme Court is scheduled for conference soon.”

Breaking 911 on Twitter announced on Friday morning that Powell’s case along with Lin Wood and Pennsylvania, is scheduled on February 19 before the Supreme Court.

(Related: Sidney Powell On A Reported Election-Software Glitch: “It’s Got To Be Investigated Probably By The President’s Most Trusted Military Intelligence Officials”)