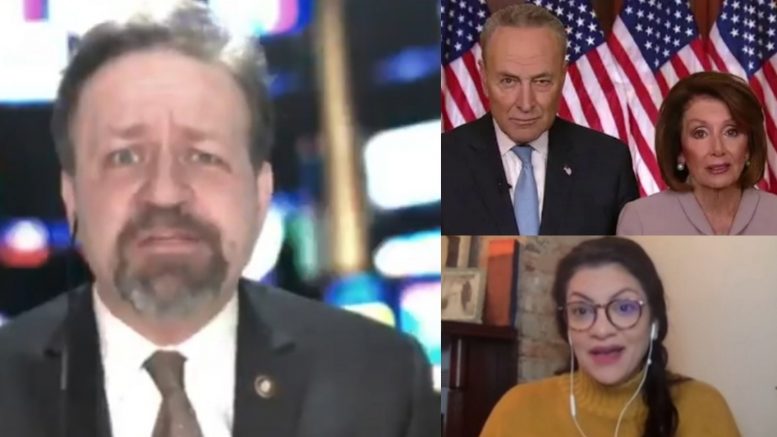 Sebastian Gorka thinks Trump Derangement Syndrome (TDS) could actually be a “clinical condition” in wake of Democrats’ effort to impeach Donald Trump for a second time despite no longer being in office as a sitting president.

While appearing on Newsmax’s Spicer & Co, Gorka cited that ever since the moment President Trump took the oath of office in 2017, Democrats and the leftwing media have worked tirelessly to impeach him even when they had no real reason for doing so.

“Let’s not forget, 19 minutes after Donald Trump raised his right hand and was sworn in as the 45th Commander-in-Chief of the United States, The Washington Post does an article ‘The Impeachment of Donald Trump starts now — 19 minutes! You haven’t even gotten to the Oval Office!” Gorka exclaimed.

“This is psychopathy. These people are deranged,” he added.

“Let’s not forget the perfect example of psychopathy: Rashida Tlaib — in front of her little child the day she was sworn in as a representative of Congress — says, ‘We’re here to impeach the M’fer!’ They’re loonies!”

“TDS used to be funny. TDS — Trump Derangement Syndrome is now a clinical condition. Nancy, Chuck and all of them have it,” Gorka declared. Video Below