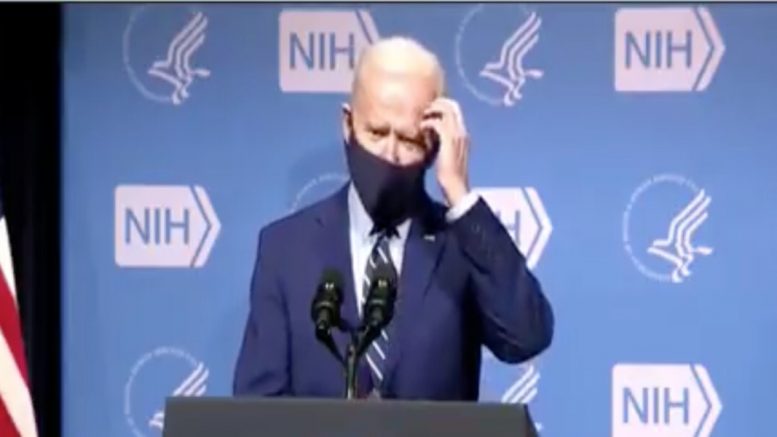 Joe Biden on Thursday, alleged that his predecessor, former President Donald Trump, “did not do his job” in preparing to vaccinate Americans amid the coronavirus pandemic.

Speaking at the National Institutes of Health (NIH), Biden claimed, “My predecessor, to be very blunt about it, did not do his job in getting ready for the massive challenge of vaccinating hundreds of millions of Americans”.

The Biomedical Advanced Research and Development Authority (BARDA), part of the HHS Office of the Assistant Secretary for Preparedness and Response, collaborated with the DoD Joint Program Executive Office for Chemical, Biological, Radiological and Nuclear Defense and Army Contracting Command to provide up to approximately $1.5 billion to manufacture and deliver the vaccine doses to government-designated locations across the country. The government also can acquire up to an additional 400 million doses of the vaccine, as reported by HHS.

The government agreed to invoke the Defense Production Act to help Pfizer get better access to around nine specialized products it needs to make the vaccine. Under the Korean War-era law, the government can secure critical supplies more quickly by assigning a contract a priority rating, forcing suppliers to bump orders from that contractor to the front of the line, The New York Times reported.

“It’s no secret that the vaccination program was in much worse than my team and I anticipated,” Biden asserted. “We were under the impression and told that we had a lot more resources than we did when we came into office. “We’ve only been here three weeks, but we’ve learned a great deal in those three weeks.” Continued Below

“While scientists did their job discovering vaccines in record time, my predecessor, to be blunt about it, did not do his job in getting ready for the massive challenge of vaccinating hundreds of millions Americans,” Biden claimed. “He didn’t order enough vaccines.”

“He didn’t mobilize enough people to administer the shots,” Biden vented, though the vaccine had just became available after the election. “He didn’t set up a federal vaccine sentence, where eligible people could go and get their shots.”

President Trump also said last summer that he expected a ready vaccine by the end of 2020, which he predicted right. Anthony Fauci, however, cautioned at the beginning of last year that a vaccine could take 12 to 18 months.

BIDEN: "My predecessor, to be blunt about it, did not do his job in getting ready for the massive challenge of vaccinating hundreds of millions Americans." pic.twitter.com/ytQwDeoftm

As reported by The Hill:

The U.S. has secured an additional 200 million doses of coronavirus vaccine, Biden announced Thursday, finalizing a commitment that was promised last month. Speaking at the National Institutes of Health (NIH), Biden said the purchases will increase supply by 50 percent, to 600 million doses.

Biden, who did not remove his mask to speak, said the companies are stepping up delivery timelines, so 100 million doses that were promised by the end of June will now be delivered by the end of May.

But despite the complaints, states were averaging close to 900,000 vaccinations a day when Biden took office, and are now on pace for close to 1.5 million a day.