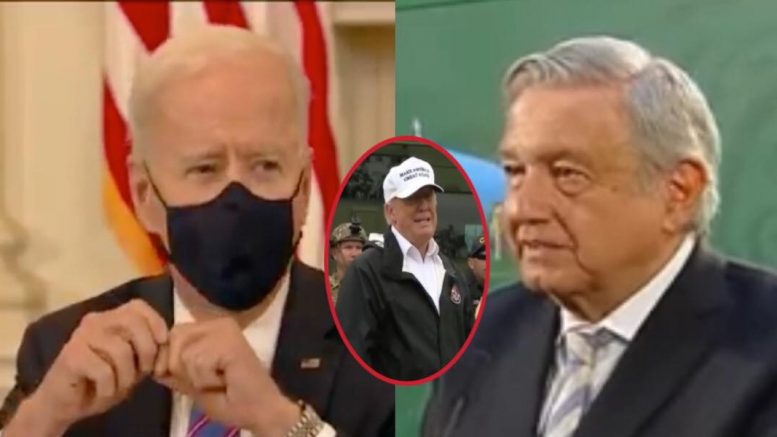 Joe Biden on Wednesday remarked over on the crisis at the southern border and blamed the Trump administration for not sending funds to other countries and criticized the last administration’s “draconian policies separating children from their parents”, without mentioning his administration’s problems surrounding human traffickers and thousands of unaccompanied children.

Meanwhile, Mexican President Andrés Manuel López Obrador blamed Biden on Tuesday for the migrant surge that has erupted into a full-blown border crisis, arguing the “expectations” he set left migrants with the perception that they would be let in the U.S.

López Obrador made the remarks while speaking to reporters Tuesday, the morning after his government met with Biden’s envoys for the region, who were visiting to address the record spikes in illegal border crossings.

“Expectations were created that with the government of President Biden there would be a better treatment of migrants. And this has caused Central American migrants, and also from our country, wanting to cross the border thinking that it is easier to do so,” he said at his daily morning presser.

López Obrador, a center-left populist who developed a positive working relationship with former President Trump, added: “People don’t go to the United States for fun, they go out of necessity.” Continued Below

“The last administration eliminated that funding and did not engage in it– did not use it, even though there was over 700 million dollars to help get this done. We’re reinstituting that program,” Biden claimed on Wednesday over providing aid to other countries– while Americans are still struggling from the financial hardships of the COVID pandemic.

“There are many factors as to why people leave in the first place, but this is source of one of the reasons why it has such a– before we took office, in the midst of the last administration– somewhat draconian policies separating children from their parents,” he alleged.

Biden has also reportedly tapped Kamala Harris to to lead the administration’s efforts to stem the flow of illegal immigrants seeking entry to the U.S. at the southern border. Video Below

BREAKING 🚨: President Biden comments on the crisis at the border and blames the Trump Administration. https://t.co/VlT7z8drtO pic.twitter.com/Hj2fO09tR2

(Related: Sen. Graham Blasts The Biden Administration’s ‘Sh– Show’ At The Southern Border: “We’re Going To Shut The Senate Down”)