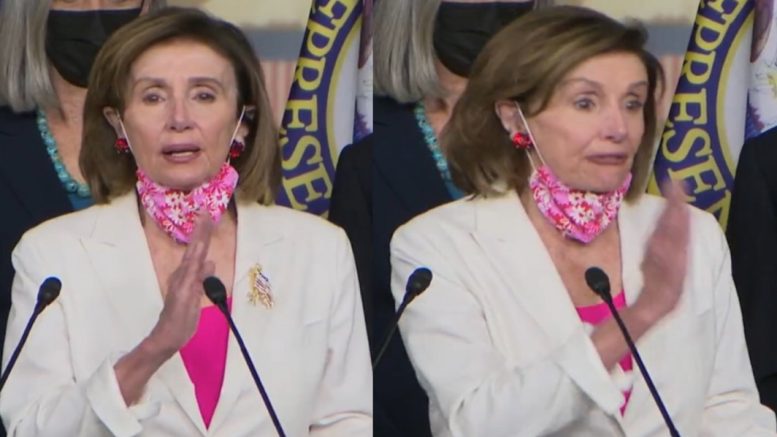 House Speaker Nancy Pelosi (D-CA) on Friday put her irritation on display when she was pressed by a reporter over the Democrats’ social spending bill that will add $367 billion to the federal deficit over the next 10 years. The nonpartisan Congressional Budget Office estimated the figure.

“CBO estimates that enacting this legislation would result in a net increase in the deficit totaling $367 billion over the 2022-2031 period, not counting any additional revenue that may be generated by additional funding for tax enforcement,” the CBO said in a release.

The CBO score raises doubts about the Biden administration’s claim that the $1.75 trillion in spending outlined in a framework agreement for the “Build Back Better Act” is fully covered by offsets included in the bill. Treasury Department and White House officials say enhanced IRS tax enforcement will generate $400 billion in new tax revenue, while the CBO estimates it would generate net revenue of about $127 billion after expenses, Fox Business reported.

“How do you respond to Republicans today that say Democrats lied to the American public when they said ‘This plan costs zero dollars’, when the CBO says ‘It at least adds $160 billion to the debt?” Hillary Vaughn, correspondent for Fox Business asked Pelosi.

The Democrat House speaker deflected from the question and visibly put her irritation on display over the question raised.

“Let’s just not present what the Republicans say as any fact that you’re predicating a question on. I mean, understand what’s happening around here, okay?” Pelosi said in response, before stepping aside. Video Below

.@SpeakerPelosi to reporter: "Let's just not present what the Republicans say as any fact that you're predicating a question on. I mean, understand what's happening around here, okay?" pic.twitter.com/7gQq83vR1L

Screenshot of Joe Biden falsely stating that Build Back Better Act would not add to the deficit. 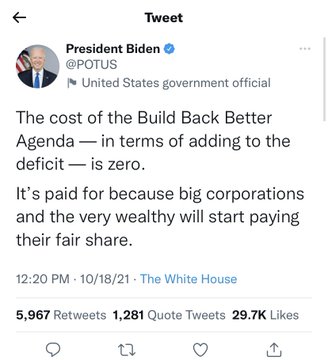 The vote was 220-213 with Rep. Jared Golden (D-ME), the only Democrat breaking with his party to oppose the bill.

The bill will now go to the Senate, where it is expected to be changed significantly before going back to the House either in December or early next year.

(Related: Rep. Greene Leads Charge In Calling For Pelosi To ‘Vacate The Chair’: “We Have No Confidence In Her As Speaker Of The House”)