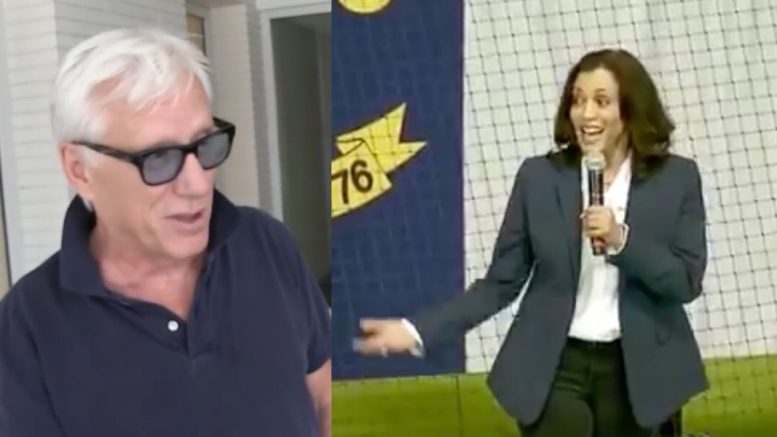 Senator Kamala Harris (D-CA) wrongly claimed that the Coronavirus is responsible for 220 million fatalities in the United States alone, while campaigning in Charlotte, NC on Thursday.

“We’re in the middle of a crises caused by this pandemic. We’re looking at over 220 million Americans, who just in the last several months– died,” Harris said in part.

Kamala Harris is starting to get just as confused as Joe Biden.

She just falsely claimed that 220 million Americans (more than two-thirds of the country) have died in the past few months. pic.twitter.com/BjoOmFMSfG

In October, Democratic presidential nominee Joe Biden falsely claimed during a town hall debate  that “210 million” people have died of the coronavirus, before quickly correcting himself.

“Masks matter. These masks, they matter. It matters. It saves lives. It prevents the spread of the disease … two hundred and ten million– 210,000 people have died. You have, you know, about 1,000 people a day getting the coronavirus. Fifty thousand, I mean– so it’s a great concern” Biden said.

In September, Biden made a similar gaffe when he said that 200 million people had died from the virus– at the time the number was only 200,000. “If Donald Trump has his way, the complications from COVID-19, which are well beyond what they should be — it’s estimated that 200 million people have died — probably by the time I finish this talk,” he said during a campaign speech. Continued Below

Back in June, Biden also wrongly claimed 120 million people had died as a result of COVID-19, during a campaign stop in Pennsylvania.

Currently, 223,000 people have died in the United States from the global pandemic. 28.4 million people worldwide have recovered from the virus.

Meanwhile here’s the other #GhostCandidate claiming that “in the last few months over 220 MILLION Americans died…” Man, I forgot this cackling looney toon was still running. They have her locked up tighter than #JoeLid pic.twitter.com/2UO7NIq6k1